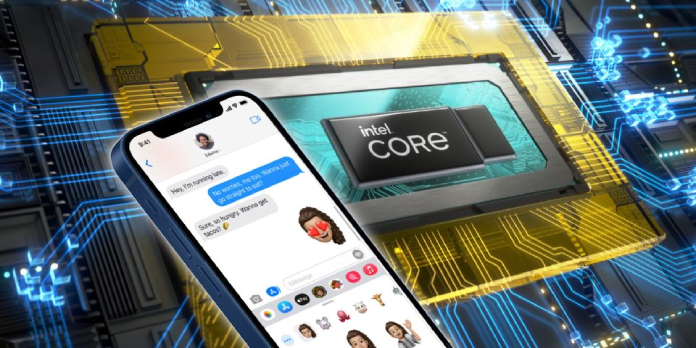 Intel intends to close the iPhone and Windows PCs gap, making it easier to send and receive messages, transfer files, and more.

Intel intends to bring iMessage chats to Windows and other features that make using Apple and Google smartphones with a PC easier. It sounds just as magical as Apple’s Continuity capabilities, distinguishing Apple’s ecosystem from the competition. iPhone users will rejoice when they can finally enjoy some of the same frictionless interactions while switching from their iPhone to a Windows laptop or desktop computer.

Some Apple capabilities are available to Windows users, but they are limited compared to the simplicity with which a Mac computer may be used. After installing iTunes, Apple Music, and other purchased material became available on a Windows PC. iCloud for Windows went a step further, allowing iPhone and iPad users to access data, photographs, and videos stored in iCloud, bridging the gap slightly.

In terms of direct access to an iPhone, Apple’s Windows connectivity is limited. It’s simple to check and respond to iMessages on a Mac, AirDrop a file to a Mac without uploading it, and unlock a Mac with an Apple Watch instead of typing a password. These capabilities are part of Apple’s Continuity service bundle, and they’re really useful. Intel recently indicated that some of these convenience features might be available for Windows customers by the end of the year when using a PC with Intel’s Evo branding, which may be a game-changer. Intel demonstrated accessing iPhone messages on a Windows PC in a YouTube video, claiming that both texts and iMessages could be viewed and responded to, and that’s just the start of this amazing new technology.

Given the long-standing rivalry between Apple and Microsoft, as well as Apple Silicon’s recent challenge to Intel’s processor dominance, this form of integration is odd. To be clear, there was no indication of Apple being engaged in developing the ‘Multidevice Experience,’ as Intel refers to it. Instead, Intel is enhancing the capabilities of apps created by Screenovate, which it recently acquired. Screenovate collaborated with Dell, Alienware, and LG to create apps for the iPhone App Store that make it easier to communicate between Apple’s iPhone and their laptops. Early Screenovate solutions include text messages but not iMessages, implying that Intel wants to connect to the next level.

Intel has stated that this technology will be available by the end of the year, but there is a potential that Apple could object because it removes some of the motivation to stick with a Mac. On the other hand, Apple has been scoring home runs with its new Mac laptops, so it may not see Intel’s software bundle as a threat. It would be fantastic if the world’s largest internet businesses collaborated to make customers’ lives easier, but money is a driving factor, and obstacles aid brand loyalty. Even if Intel’s intentions are defeated, simply seeing what is feasible may drive customers or government regulators to pressure Apple to improve Windows compatibility.