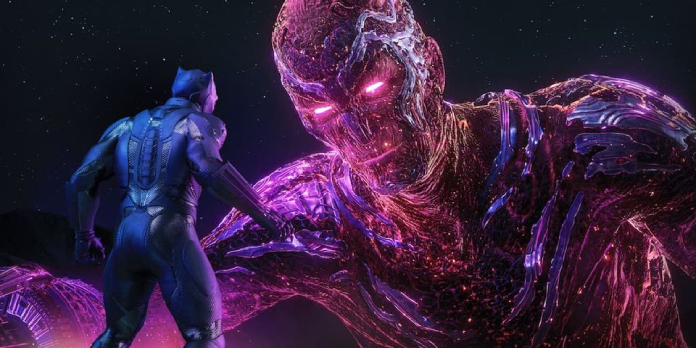 With a devastating raid, different quality-of-life changes, and a friendly neighborhood hero, the new Marvel’s Avengers update is sure to impress.

The most recent Marvel’s Avengers War Table depicts the upcoming update to the cooperative comic-book adventure, which will include Spider-Man and a raid against Ulysses Klaw. Developer Crystal Dynamics said that the wisecracking wall-crawler would eventually join the game’s lineup only on PlayStation platforms before the game’s release in September 2020. Now, more than a year after its release, Marvel’s Avengers’ rendition of Spider-Man has been revealed and is poised to swing into action on November 30 with the 2.2 Update.

While Marvel’s Avengers has been chastised for its microtransactions and lack of endgame content, Crystal Dynamics has attempted to address these issues via free patches. Kate Bishop, Hawkeye, and Black Panther have joined the title’s roster of Earth’s Mightiest Heroes, and each of these famous heroes has brought with them new supervillains to combat and new locations to explore. While Spider-Man appears to be a unique addition to the game’s roster, the web-slinging vigilante will unfortunately only be available to PlayStation gamers. However, Marvel’s Avengers 2.2 Update will also grant all players access to the brand-new Klaw Raid, dubbed Discordant Sound, which will be the game’s hardest content yet. To traverse and fight through Wakanda’s Vibranium mines and finally defeat Ulysses Klaw, max-level players will need to work together seamlessly.

A brand-new Marvel’s Avengers War Table, which was recently uploaded to YouTube, gives players a closer look at the content released on November 30. The teaser, which can be found on Marvel’s Avengers site, begins by describing the high-level combat experience that Klaw Raid: Discordant Sound will provide. New opponent kinds and riddles will test even the most seasoned gamers’ wits and battle prowess. A greater maximum Power Level, unrestricted gear upgrading, a streamlined resource system, and the opportunity to acquire cosmetics through gameplay are detailed, as are several other quality-of-life updates coming on November 30. Finally, the War Table delves into some of Spider-spectacular Man’s combat manoeuvres, such as mid-air combinations and his reliable spider-sense, as well as his web-swinging traversal.

The impending Klaw Raid will give fans of Marvel’s Avengers some much-needed endgame content for the underwhelming superhero team-up. Meanwhile, the game’s latest playable character, the wisecracking web-head, will be arriving shortly for PlayStation users. However, the forthcoming update’s quality-of-life changes are likely the most significant additions to the title in Update 2.2. The upcoming Marvel’s Avengers Shipment system will allow players to acquire cosmetic goods like emotes and character skins simply by playing the game. Crystal Dynamics’ superhero simulator has been chastised for selling cosmetics at exorbitant prices, so the opportunity to earn free items is much appreciated.

Many of the most reviled parts of Marvel’s Avengers are set to be improved in Update 2.2. The Klaw Raid will provide fans with challenging and intriguing content, while Spider-Man will introduce PlayStation gamers to a friendly neighborhood hero. The ability to acquire cosmetic prizes without spending real money and improve gear that matches a specific playstyle indefinitely will undoubtedly entice some players to return to Crystal Dynamics’ action-packed team-up. While the game’s plans are currently unknown, the 2.2 Update for Marvel’s Avengers will be released on November 30.

Darth Malgus’ Ultimate Sith Plan Will Be Revealed in SWTOR