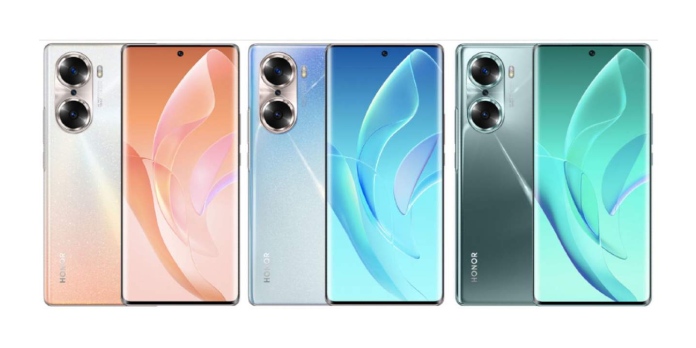 There was a time when Honor had a large foothold on the mobile market. While it was still overshadowed by its erstwhile parent company Huawei, it was responsible for nearly half of the shipments that pushed the troubled Chinese firm to second place. It was on the verge of being acquired by a consortium but managed to avoid the same fate as Huawei. While US officials continue to advocate for Honor’s block listing, the corporation is doing its business as usual. Unfortunately, “business as usual” also means releasing flagship phones that aren’t available for purchase, such as the upcoming Honor 60 and Honor 60 Pro.

Honor debuted the Honor 50 and Honor 50 Pro not long ago, and it was just last month that these phones were made available in international markets. These two phones are the first Honor phones to employ US components, such as Qualcomm CPUs and Google Play Store, after the Huawei sub-brand was sold off, making them unique.

Also See:  Honor is still in danger of being added to the US Entity List

Given the proximity of the two devices, it’s not unexpected that the Honor 60 unveiled by 91mobiles appears quite similar to the Honor 50, which looks identical to the Huawei P50 but with a thankfully less irritating camera bump. In reality, it resembles the Honor 50 and Honor 50 Pro on the inside in most cases.

The screen size of the Honor 60, which sits between the Honor 50 and Honor 50 Pro with a 6.67-inch FHD+ OLED display, is the most notable change. Although the 12GB RAM and 256GB storage mirror some of the Honor 50 series configuration possibilities, the processor inside gets a minor increase to a Snapdragon 778G+ 5G. The phone will come preloaded with Honor’s MagicUI 5.0, although it will still be built on Android 11.

The Honor 60’s rumored camera set sounds eerily similar to the Honor ’50s and could be deemed a downgrade. There’s a 108MP f/1.9 primary camera, an 8MP f/2.0 ultra-wide shooter, and a 2MP f/2.4 depth sensor, rather than the 2MP macro camera that few people will ever use. The leak does not include information about the Honor 60 Pro, but based on the non-Pro model, we won’t be holding our breath.

The honor was praised for bringing Huawei’s high-end phones to a more affordable price point, albeit cutting a few shortcuts in the process. However, it appears to have slipped behind, focusing primarily on the mid-range sector, which is already congested with too many options. It’s also perplexing to have an Honor 60 so soon after the Honor 50, but it might not matter in markets where Honor’s phones aren’t accessible anyhow, as in the United States.