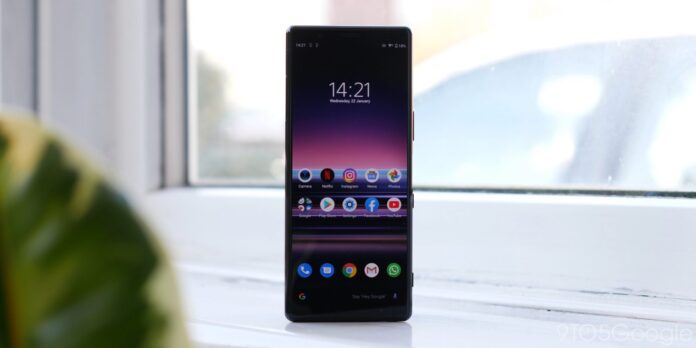 A welcome surprise for owners of Sony’s 2019 smartphones.

Smartphone producers have a terrible reputation for dragging their feet when updating new versions of their Android OS. However, that is not the case with Sony, and it is only surprised Xperia owners with an early upgrade.

As 9To5Google reports, Sony confirmed in November last year that its latest smartphone versions, the Xperia 1 II, Xperia 5 II, and Xperia 10 II, would be updated to Android 11 before the end of January this year. Sony’s older handsets–the Xperia 1 and Xperia 5–could likewise obtain the update, but not until February. However, Sony is ahead of schedule.

Xperia 1 and Xperia 5 owners are already reporting the update to Android 11 has happened on their device. The download is over 1GB in size and includes the December 2020 security patch, leaving owners with handsets from 2019 but that are bang up-to-date concerning operating system and safety.

In case you haven’t received the update on your own Xperia device yet, navigate to Settings > Program and refresh the System update alternative. If no upgrade is available, it just means Sony hasn’t rolled it out to your land yet.

Android 11 was introduced back in September last year. It brought with it a range of new features, including conversation spaces, a brand new apparatus control menu, a limitation on what third-party apps can access in your phone, in addition to a plethora of features developers can use to polish their own Android programs. PCMag’s review found Google’s latest mobile OS to be full of welcome conveniences.

Huawei will skirt around US ban with 4G-only Snapdragon chips