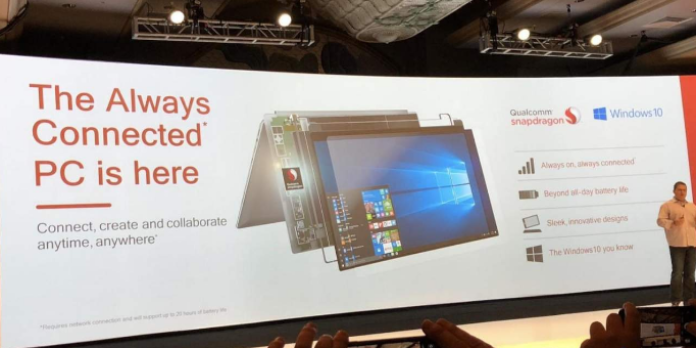 Windows has been available on ARM-based devices for a long time, so it’s not surprising that there are so few of them. Despite having appropriate technology, the Windows on ARM experience has been criticized, with much of the criticisms centered on performance, battery life, and support for x86/x64 Windows apps. Some have blamed Qualcomm’s chipsets, but it appears that there is no getting around it because Microsoft and Qualcomm have supposedly struck a contract that makes Windows on ARM a Snapdragon exclusive for the next two years or so.

Qualcomm’s early attempts to enable Windows on its ARM-based Snapdragon chipsets were met with a lot of criticism, which is understandable. Even pared-down, Windows is a behemoth, and Qualcomm’s knowledge and technologies for mobile-first operating systems may not have been adequate for a desktop OS. Because Windows has been so accustomed to Intel and AMD’s computational designs, there are many adaptations to be made on Arm.

If more participants, particularly chipmakers, were invested in the Windows on ARM ecosystem, such improvements would have likely occurred sooner and more quickly. While practically every recognized PC manufacturer, including Samsung, Acer, Lenovo, and HP, has a Windows on ARM product, they are all powered by Qualcomm Snapdragon Compute processors. That isn’t because other semiconductor companies were uninterested in the industry; instead, they couldn’t get access to it.

According to XDA, Microsoft and Qualcomm agreed that Qualcomm would have exclusive rights to Windows on ARM for an undisclosed amount of time. While companies like Samsung and MediaTek may have been authorized to experiment with Windows on ARM during that time, it’s unlikely that they were allowed to make any public pronouncements, let alone products, about it.

This exclusivity could have benefited Qualcomm and Microsoft if it meant that all parties concerned could concentrate their efforts on one or two chipsets, such as the Snapdragon 8cx and 7cx. On the other hand, the idea could have been a double-edged sword because the monoculture meant that manufacturers and consumers were trapped with whatever was available, which wasn’t always appealing.

This made it far too simple for Apple to leapfrog the competition when it released the Apple M1 silicon, leaving Intel and Qualcomm in the dust. Arm chip vendors show renewed interest in supporting Windows on ARM, primarily due to Apple’s growing prominence in the desktop and laptop market.

Fortunately, according to the article, Qualcomm’s exclusivity is soon to expire, but no date has been set. With its new AMD rDNA tech, Samsung will most certainly want a piece of that pie, too. MediaTek has been making great promises about its ambitions to dethrone Qualcomm and enable Windows on ARM, and Samsung will most likely want a piece of that pie, too. Unfortunately, this means that makers and developers will still have a lot of catching up to accomplish, which should not have been the case if Windows on ARM had been available to more committed players.