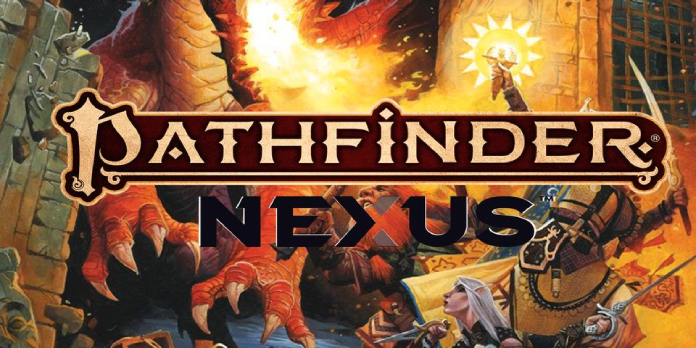 According to Paizo, Pathfinder Nexus, a digital companion for the Pathfinder Second Edition tabletop RPG, will be released in 2022.

Paizo has announced that the Pathfinder tabletop RPG will soon get its digital platform, Pathfinder Nexus, to aid DMs and players alike in running their games. Tabletop RPGs first appeared in the pre-internet age, which meant that players had to rely on paper, pencils, and dice, as well as any rulebooks, maps, or miniatures, to play their games.

Nowadays, however, everyone has a mobile device with an Internet connection. There are a variety of apps and websites that can help you run games more efficiently, including digital character sheets that remember your progress, random number generators that can work as dice in a pinch, and rules compendiums that make it easy to access specific rules or data when you need them. Many individuals still prefer to play games using pencil and paper, but having digital tools might make things go more smoothly.

Pathfinder’s second edition will have a digital platform for players to use. Paizo has announced that it has inked a multi-year deal to produce Pathfinder Nexus with the creators of Demiplane. Demiplane is the name of a currently available service that allows individuals to play tabletop RPGs such as Dungeons & Dragons and Vampire: The Masquerade through text or streaming. Pathfinder Nexus, which will be dedicated to the second edition of Pathfinder, is being developed by the same team who created Demiplane. Pathfinder Nexus is set to launch in early 2022, with pre-orders opening today for early access to the digital reader included in the subscription.

Pathfinder Nexus will include a game compendium, digital reader, character creator, interactive digital character sheet, and a video chat platform with integrated capabilities to make it simple for the group to connect. Demiplane has devised a content update roadmap for Pathfinder Nexus that will be introduced over the next few years to improve the service.

Also See:  Here's why you should wait for the OnePlus 9's OxygenOS 12 update

In the recent Pathfinder: Wrath of the Righteous, many new players were given a taste of the realm of Golarion. While Wrath of the Righteous employed the basic Pathfinder ruleset, it demonstrated the epic breadth of the adventures that may be had in its world. With the full multiverse of the game at the players’ fingertips, Pathfinder Nexus hopes to make playing the new edition easier than ever.

Early in 2022, Pathfinder Nexus will be released.