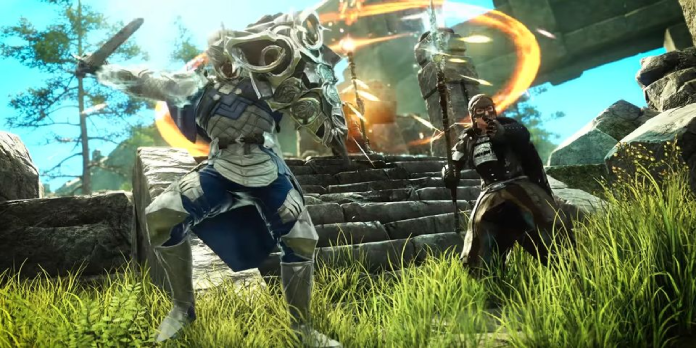 Amazon has warned New World gamers that they would be banned if they willfully use a gold duplication glitch (which occurred as a side consequence of server transfers).

Amazon Games has warned that New World users who take advantage of the game’s gold duplication issue risk being banned. After the fiasco of Crucible and the cancellation of its Lord of the Rings MMO, Amazon’s debut MMO has met with relative success, topping Steam’s concurrent player count with over 913,000 continuous users at launch. However, with New World’s rapid growth came expected server troubles, and server transfers have been a particular source of contention for the game’s fledgling community.

At the time of its release, many New World servers were overcrowded. Amazon previously stated that users would not be allowed to create new characters on full servers to prevent this. Instead, the developer encouraged new players to begin playing on servers in less densely populated areas, suggesting that these players will transfer characters to local, regional servers in the future. Amazon eventually retracted that statement in response to outcry from players who had hoped to relocate their characters. Amazon has already permitted some server transfers across servers within the same region. However, it has lately announced additional New World server transfer delays. Despite successfully launching server transfers earlier in mid-October, the developer mistakenly included a gold duplication issue, which some players have exploited.

An official Amazon Games update posted on the New World forums indicates that players who actively use a newly discovered gold duplication exploit will be banned (via Wccftech). The New World glitch began as a side effect of server transfers, affecting some players who received a notification of a “character persistence issue,” resulting in their inability to save further progress on a new server. Because of this flaw, several players discovered they could trade the gold with one another before logging in and out, resulting in a net gain and practically tripling New World gold transactions with minimal effort. The New World developer stated in an update that all in-game transactions are registered in an official database. If the company concludes that any players purposefully exploited the flaw, they will be banned from the game.

Please read this notice regarding suspension of server transfers.https://t.co/iTRIdNObY5

Despite its very brief existence, players exploiting New World flaws is nothing new. Indeed, some players have identified simple invincibility exploit in the game, while less ethical players have devised ways to auto-ban and steal from one another. On the other hand, Amazon Games has stated unequivocally that it will not tolerate players who take advantage of the gold duplication problem. Another official New World post indicated, a few hours after the previous post, that New World server transfers have been delayed once more while the bug is being fixed. Amazon will allegedly continue server transfers after the problem has been resolved.

Despite the server troubles that affected gamers are encountering, New World remains popular. Once the system’s flaws are ironed out, everyone should play on the servers that best suit them. Current players expecting their own New World server transfers, on the other hand, will have to wait until then.