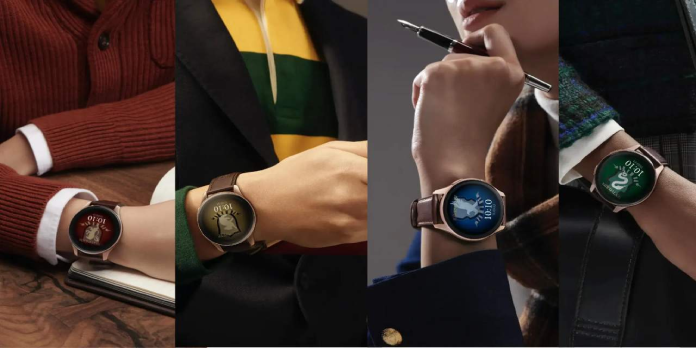 Nostalgia is an extremely powerful feeling that may be used far too easily. Many successful crowdfunded efforts, as well as hot-selling items like miniature retro consoles, have demonstrated this. To sell a new limited edition of its OnePlus Watch, OnePlus is appealing to the same emotion. And if this flashback to Harry Potter’s early days is any indicator, it’ll require some of that wizarding charm to succeed.

The OnePlus Watch isn’t a bad wristwatch, but it didn’t live up to the OnePlus name when it first launched. The firm has released numerous updates to address the most common complaints, but some users still believe it falls short of its competitors, particularly those who use Wear OS. OnePlus hasn’t given up on its first and so far only smartwatch, and this time, the company is recalling childhood memories and fantasies after a Cyberpunk 2077 version.

The OnePlus Watch Harry Potter Limited Edition is exactly what it sounds like: a special edition of the company’s smartwatch with a Harry Potter theme. The red-brown vegan leather strap has the Hogwarts symbol etched on it, and the copper-coloured body sets it apart from the other OnePlus Watch versions. The Harry Potter emblem appears on the band’s clasp, and the classic lightning scar symbol appears on one of the smartwatch’s buttons.

The box in which the limited edition OnePlus Watch is packaged is also done elegantly, splitting apart in the middle and sliding open like the Diagon Alley scene that fans will surely remember vividly. The watch comes with four watch faces: one for each of the Great Houses, one for the Hogwarts coat of arms, and one for the castle itself. There are also charging and boot-up animations, though the latter is too brief and occurs far too infrequently to be truly appreciated.

Also See:  What is Yext Powerlistings

Aside from that, this is essentially the same OnePlus Watch that has been on the market for a while. The good news is that all of this Harry Potter fan service won’t set you back too much more than the smartwatch itself. The bad news is that this OnePlus Watch Harry Potter Limited Edition may be limited to India, where it will be available starting October 21st for 16,999 INR (about $230).