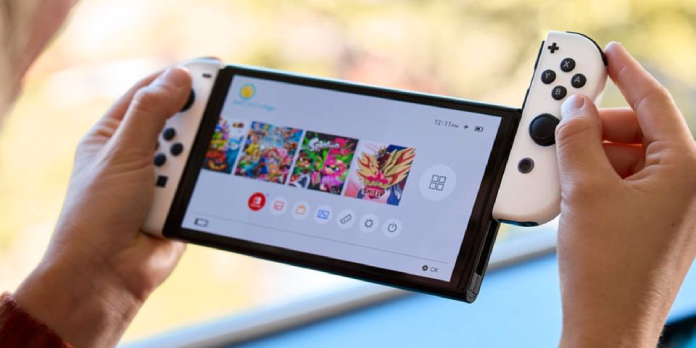 Nintendo will reportedly have to reduce Nintendo Switch production in 2021 due to a chip shortage affecting the entire industry.

Due to a global semiconductor chip shortage, Nintendo will reportedly miss a significant Nintendo Switch console production target ahead of the Christmas 2021 shopping season. The component shortage affects everything from new-gen consoles like the PlayStation 5 and Xbox Series X/S to PC hardware and iPhones.

Due to increased demand caused by the COVID-19 pandemic, the Nintendo Switch console line experienced shortages throughout 2020, but not to the extent that Microsoft and Sony’s consoles have. At launch, the PS5 and Xbox Series X/S faced severe droughts, exacerbated by scalpers snapping up stock at inflated prices as soon as consoles were restocked at stores. Although the issues surrounding new-gen consoles have subsided as more supply has entered the market, purchasing one of the new consoles can still be challenging. Customers looking to buy Nintendo Switch OLEDs and other Switch models can do so through legitimate retailers at a reasonable price.

However, it appears that Nintendo has been forced to reduce Nintendo Switch production. Nintendo will produce 24 million Nintendo Switch consoles in the fiscal year 2021. However, according to Nikkei Asia, 20 percent was fewer than the 30 million units the company had planned. This is due to component shortages and high demand for the Switch itself, according to reports. In addition, Nintendo recently began selling the Nintendo Switch OLED Model ahead of the holiday season, indicating that there are likely to be existing Switch owners looking to upgrade.

Nintendo is otherwise gearing up for a strong holiday season, with new Metroid Dread and Mario Party Superstars and upcoming releases Shin Megami Tensei V and Pokémon Brilliant Diamond and Shining Pearl, all coming in the final months of 2021. In terms of exclusives, the PS5 and Xbox Series X/S have a lot less going on in Holiday 2021 (aside from Xbox’s Halo Infinite), but demand for those systems is still sky-high. So even with supply shortages, the holiday shopping season is expected to be profitable for all consoles.

Also See:  Kratos from God of War is depicted as an impressive sand sculpture

Those shortages don’t appear to be going away anytime soon, with companies predicting that they will last until 2023. However, since 2017, the Switch has gained a lot of traction, and it shows no signs of slowing down. The addition of 24 million new Switch consoles to the global market ensures that there will be plenty of units available, and the legitimate secondhand market is still brimming with them. Hopefully, the microchip crisis will have passed by the time a new Nintendo Switch revision is ready to be revealed.

After Release, Resident Evil 4 VR Mercenaries Mode Will Be Included...