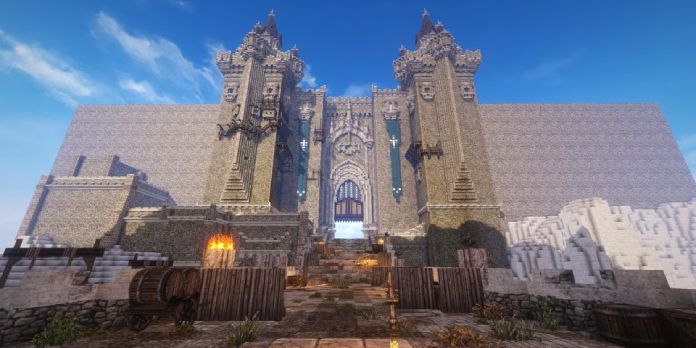 One builder has been recreating the well-known initial level of Demon’s Souls in Minecraft and has recently shared their progress on Reddit.

A new Minecraft build is attempting to recreate prominent areas from the latest Demon’s Souls remake, and its author has now revealed the first glimpse of the project’s development. Bluepoint Games gave Demon’s Souls a gorgeous remake, and it was published as a PS5-exclusive launch title about a year ago. It was praised for its fidelity to the difficult source material as well as its amazing new graphics.

Since the beginning of Minecraft, players have been creating tributes to other games and intellectual properties. It’s become one of the most popular diversions in the community, with new fan-made reconstructions appearing regularly. Big Ben from Civilization 6 was recently recreated in Minecraft by a fan. But community projects aren’t only about repurposing renowned structures from previous games. Artists in Minecraft have created sculptures, murals, and other works inspired by their favourite properties, such as the player who created sprite representations of all 89 combatants from Super Smash Bros. Ultimate.

Convoluted Life on Reddit, for example, has been hard at work in Minecraft recently, recreating the Gates of Boletaria from Demon’s Souls. The Gates are the well-known opening level of Demon’s Souls, and they’re heavily featured in the Demon’s Souls remake’s marketing campaign and the box cover. The Conquest Reforged mod is used in this Minecraft build to improve the realism of the Gates, bringing it closer to the remake’s version of Boletaria, on which the build is based.

Convoluted Life stated that this build is still in the works and didn’t provide any other information. It’s unknown whether they want to expand it to finish the whole level. The main bridge and the two gates at each end appear to be mostly finished, but a look past the gate into Boletaria reveals that there’s no room for one of Demon’s Souls’ legendary early bosses – at least not yet.

Also See:  Addition of a Warzone Firing Range is a Top Wish List Item for Players

This project is already off to a great start. It would be fantastic to see all of Boletaria rebuilt in Minecraft, but that would be a huge task for one person, and enemy placement would take much longer. Convoluted Life, on the other hand, may have great intentions for this build. Most people are still unable to obtain a PlayStation 5 at this time, and for many, this may be the only way to play the Demon’s Souls remake outside of purchasing the original PS3 edition.