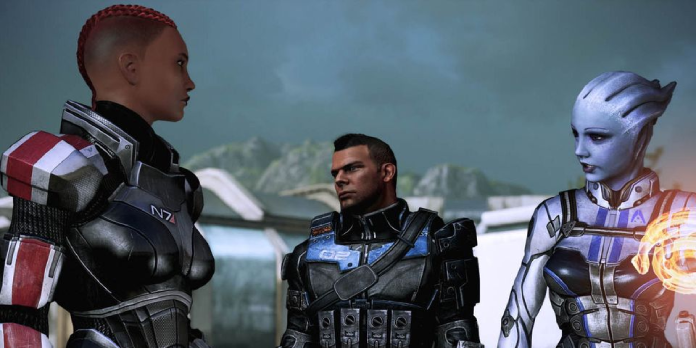 According to a fresh leak on the Xbox Store, Mass Effect: Legendary Edition may be coming to Xbox Game Pass shortly.

There’s always speculation about which titles will be added to Xbox Game Pass in a particular month, with the most recent rumblings including Mortal Kombat 11 and Halo Infinite. This is particularly true for the latter, given Halo Infinite’s online multiplayer components only recently become free-to-play. Cyberpunk 2077 will not be added to Xbox Game Pass any time soon, as developer CD Projekt Red recently rejected speculations that the long-awaited RPG would be added shortly after Microsoft released Xbox Cloud Gaming for Xbox One and Xbox Series X/S. If a fresh leak is correct, Xbox Game Pass customers may have a different sci-fi RPG to look forward to.

Also See:  How to: Fix Your System Requires Smb2 or Higher

It’s worth mentioning that neither Microsoft nor Electronic Arts have confirmed that Mass Effect Legendary Edition will be accessible on Xbox Game Pass, so any rumours about it should be treated with caution. However, a recent leak on the Xbox Store suggests that Microsoft is at least contemplating releasing Commander Shepard and the crew of the Normandy’s remastered adventures to Xbox Game Pass subscribers shortly. Fans should keep an eye on the situation as it develops.