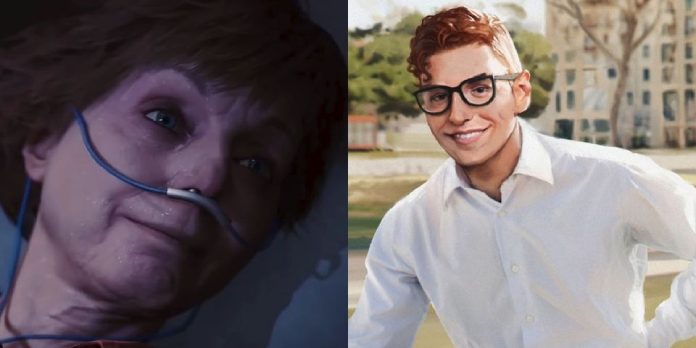 Dan Slott, a long-time Spider-Man writer, says that he urged Insomniac to kill Harry Osborn at the end of Marvel’s Spider-Man.

Although the final issue of Marvel’s Spider-Man saw the terrible death of someone close to Peter Parker, longtime comics writer Dan Slott claims it was almost a different character that died. Marvel’s Spider-Man, developed by Insomniac Games, got high reviews and broke sales records when released on the PlayStation 4 in 2018, thanks to its mix of high-flying open-world gameplay and a captivating narrative that appealed to the character’s basic characteristics.

One of those basic themes, and Marvel’s Spider-Man was no exception, is the risk that Peter Parker’s double existence as a masked crimefighter poses to the people he cares about the most. New York City is besieged by a terrible pandemic thanks to a bio-weapon known as Demon’s Breath in the second part of the game. Peter’s struggle becomes very personal when he realises that his own beloved Aunt May has contracted the disease. In the climax of Marvel’s Spider-Man, Spidey acquires the antidote from the newly-minted Doc Ock. Still, he’s soon presented with a heartbreaking choice: use the only dose on Aunt May or let her die so that Michael Morbius may synthesise enough to cure the entire city. May gently tells her nephew how proud she is of the hero he’s become as she dies away, and Peter chooses to save the citizens of New York with a heavy heart.

According to GamesRadar, Dan Slott, a comic book scribe and Marvel’s Spider-Man storey consultant, originally proposed that Harry Osborn, not Aunt May, die at the game’s finale. “At first, they were very careful with certain characters,” Slott explained, “so I began pushing very hard that to have the weight and gravitas of a good Spider-Man storey, you need to take the kid gloves off and rough up the character, perhaps even kill one of them,” Slott noted that he pushed hard for Peter’s longtime best friend Harry to be the sacrificial lamb at the end of Marvel’s Spider-Man. He was surprised that Insomniac chose to kill Aunt May instead after playing the game but applauded the game’s authors for generating “one of the most poignant moments I’ve ever experienced with a video game.”

Sure, Harry Osborn survives the events of Marvel’s Spider-Man by not appearing in any physical form. Still, Insomniac would disclose a much darker plan for him in the post-credits scenes for both that first title and its 2020 sequel, Spider-Man: Miles Morales. Norman Osborn has subjected his kid to a sick experiment in the hopes of curing the disease that killed his mother before Marvel’s Spider-Man, as revealed in these unsettling vignettes. This experiment appears to include Harry connecting with the nefarious Venom symbiote, an act that will result in the monstrous villain debuting in Marvel‘s Spider-Man 2.

This bleak situation would not have occurred if Insomniac had followed Dan Slott’s advice and killed Harry Osborn instead of Aunt May, who was almost left out of Marvel’s Spider-Man owing to the difficulty of rendering old characters. Regardless, Marvel’s Spider-Man ended with an immensely gripping emotional ending. Marvel’s Spider-Man 2 will follow the drama of two best friends who have become mortal rivals when released on the PS5 in 2023.