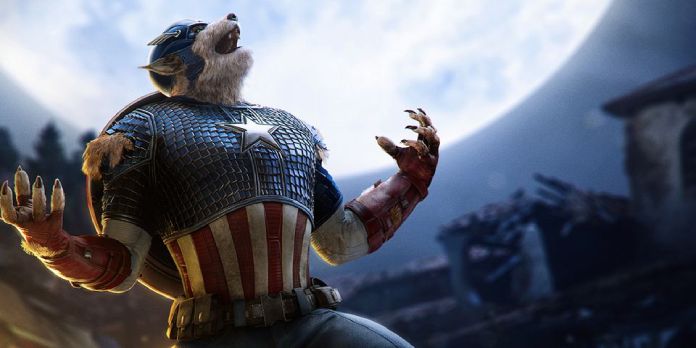 Captain America will be transformed into the furry and bestial monster Capwolf thanks to a new Marvel’s Avengers skin released just in time for Halloween.

Marvel’s Avengers adds a new comic-inspired skin that transforms Captain America into a bestial werewolf just in time for Halloween. The superhero action game contains a variety of clothes for each playable Avenger, all of which are inspired by their extensive history in comic books and film. While many of the most recent Marvel’s Avengers cosmetics are based on the Marvel Cinematic Universe, such as Captain America’s bearded Avengers: Infinity War skin, others are inspired by comic books or include unique designs.

There were no skins based on the Marvel Cinematic Universe when Marvel’s Avengers was released in September 2020. These famous designs were quickly sought, and Crystal Dynamics ultimately began to include specific suits from other live-action films. There’s a full set of Avengers: Endgame outfits and both Black Panther’s MCU uniforms and Iron Man’s armour from his 2008 first feature. However, due to the success of Marvel Cinematic Universe skins, cosmetics based on Earth’s Mightiest Heroes comic book designs have become increasingly scarce, causing some controversy. The inclusion of pricey consumable goods to Marvel’s Avengers has sparked some debate, with some arguing that Crystal Dynamics is now focusing on paid products rather than important free stuff.

The Capwolf Outfit, which will transform Captain America into a hairy monster just in time for Halloween, has been announced on the Marvel Avengers Twitter page. The scary outfit is based on a 1992 comic narrative by Mark Gruenwald, and Rik Levins called Man and Wolf. Steve Rogers transforms into a werewolf and battles other heroes like Wolverine and Cable in this frightening adventure. Captain America’s Capwolf skin from Marvel’s Avengers appears to precisely mimic this weird Marvel beast, with hair, claws, and a canine nose. On October 21, the Capwolf Outfit will be available in the game’s Marketplace.

In a harrowing tale from comics back in 1992,
Steve Rogers turned into Capwolf on a daring quest pursued.
It's a story now made famous with its highly unusual case,
Get the Capwolf Outfit on October 21 in the Marketplace! 🐺 pic.twitter.com/Y0qlZriRL5

Despite the recent controversy surrounding Marvel‘s Avengers, Crystal Dynamics has stated that it will continue to support the game. Players will face the game’s toughest material to date in the next raid Klaw Raid: Discordant Sound, which will feature unique new cosmetic items like Capwolf. The raid will take players through Wakanda’s vibranium mines, where they will encounter challenging challenges and formidable foes. Earth’s Mightiest Heroes will face Klaw in a climactic and extremely difficult boss battle at the end of the game. While there is no official release date for the raid, it is expected to arrive before the end of 2021.

Also See:  the last usb device you connected to this computer malfunctioned

Fans of Marvel’s Avengers frequently complain about the game’s current glut of Marvel Cinematic Universe skins, so a complex cosmetic based on a comic book tale is much appreciated. On the other hand, new skin will not divert players’ attention away from the game’s current controversy and Crystal Dynamics’ failure to respond. Although a comic-inspired werewolf suit would be a terrific item to release around Halloween, this skin may be too late for the superhero brawl.