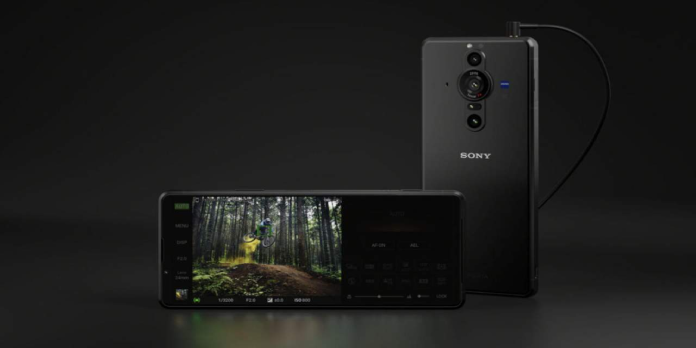 Sony has announced a new Xperia phone and an ecosystem of software and peripherals aimed at a certain market group, as previously reported. The Xperia PRO-I has been designed to appeal to the expanding number of “pro” vloggers and amateur videographers who are increasing on the Internet these days. It is, of course, a good high-end smartphone for 2021, and unlike its predecessor earlier this year, it does not have an outrageous price tag.

The Xperia PRO-I is a repeat of the Xperia 1 III in terms of smartphone features, and it nearly feels like a rebrand of the Sony flagship for 2021. They have nearly identical specifications, from the Snapdragon 888 processor with 12GB of RAM and 512GB of storage to the 6.5-inch 4K OLED display with a 120Hz refresh rate. The same 4,500 mAh battery powers the phone and, unlike Samsung and Apple, comes with a 30W charger.

There are several variations, such as the design of the camera array, but the main imaging sensor is the most significant. While still 12 megapixels, the new sensor is the first in the smartphone sector to feature a 1.0-inch Exmor RS sensor paired with a BIONZ X imaging processor, putting it closer to Sony’s Alpha cameras and, notably, the CyberShot RX100 VII, which uses the same sensor. Sony emphasises that the dual-aperture lens features ZEISS Tessar Optics and T* anti-reflective coating, as well as a 24mm focal length.

While Sony can go on and on about the phone’s camera technology, its camera software will also play a role in its success. Sony added a new Videography Pro function to the Xperia PRO-I that provides the same level of precise control that still photographers enjoy in the regular “Pro” camera mode, except video recording. A Cinematography Pro mode is also available, including preset colour settings, a 21:9 recording ratio, and other video-making features. After all the recording is completed, artists can edit and share their videos directly from their devices.

Sony is developing a new Vlog Monitor accessory to underline the Xperia PRO-vlogging I’s mission, so users won’t have to make do with the Xperia PRO-more I’s modest front-facing camera. The phone’s 3.5-inch 1280720 screens can be attached to it through a magnetic, detachable metal holder, allowing you to make better use of the 1-inch 12MP sensor and capture higher-quality content than you could with the selfie cam. The design is also modular, allowing you to attach your favourite tripod, monopod, or gimbal, as well as a dedicated mic via a 3.5mm 3-pole jack.