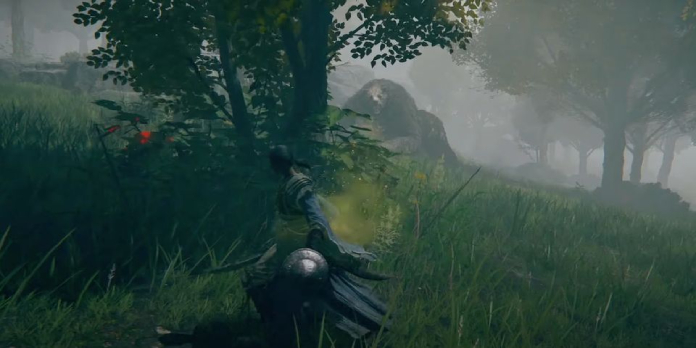 Players have uncovered completely new, scary adversaries and bosses by breaking through the bounds of Elden Ring’s limited network test.

Going out of bounds in the Elden Ring closed network test allowed players to encounter previously undisclosed content such as a giant bear monster and a hidden boss fight. The early test gave gamers an in-depth look at FromSoftware’s next open-world action role-playing game, which was only available to a restricted group of players who signed up. Elden Ring’s limited network test left a lasting impression on those who were fortunate enough to participate, fueling anticipation for the game’s release on February 25, 2022.

Elden Ring incorporates a lot of mechanics from FromSoftware’s past “souls like” games, like Dark Souls and Sekiro: Shadows Die Twice, but it puts them in a fresh new open-world setting. Players will have unique fighting, role-playing, and exploring experiences due to this mix of elements. Optional places, for example, can be far more difficult to find, requiring players to seek every nook and cranny of the map. Powerful bosses can now be discovered roaming the open world, allowing players greater flexibility in deciding when and how to confront these unique opponents. On the other hand, the open-world model gave players an advantage in the closed network test, as many were able to use the surroundings against Elden Ring bosses, causing them to fall over cliffs.

Also See:  How To Tell Fake Art From Real Art In Animal Crossing

According to a report from Kotaku, players who went beyond boundaries in the closed network test spotted previously undisclosed Elden Ring foes. Barriers were employed in the recent test to keep players in a pre-determined game world, but getting around them revealed some cool new opponents that will appear in the full game. AllysonByProxy, a YouTuber, discovered a gigantic, fearsome bear monster lurking in a foggy wooded region. As it moved, the monstrous toppled trees, and the brave explorer were rapidly murdered by poison and bleeding effects from the horror’s gigantic claws. AllysonByProxy was able to locate a portal to the Evergaol dimension, which housed a never-before-seen boss, Crucible Knight Floh, in another out-of-bounds excursion, albeit the foe could not be battled.

The success of Elden Ring’s limited network test has resulted in a lot of acclaim and anticipation for FromSoftware’s next action RPG, and adversary variety is a key part of that. Most souls-like games include a vast number of diverse opponents that can put players’ combat abilities to the test in various ways. Elden Ring is no exception, and similarities to Breath of the Wild have been made due to the game’s various foes, minibosses, and bosses. While both titles are excellent examples of open-world action games, FromSoftware’s latest offering stands out by populating its vast globe with interesting and unusual enemies.

Throughout the Elden Ring closed network test, gamers uncovered other adversaries to fight in the full experience by straying outside of limits. Even though Crucible Knight Floh is scarcely visible, his appearance in the Evergaol reveals a link to another boss named Bloodhound Knight Darriwil, who appeared in the official test. Meanwhile, the big bear monster met by AllysonByProxy hints that when players explore more of Elden Ring’s open area, the game will get far more difficult. This bear monster will strike fear into even the bravest adventurers by freely wandering the Lands Between and toppling trees as it goes.