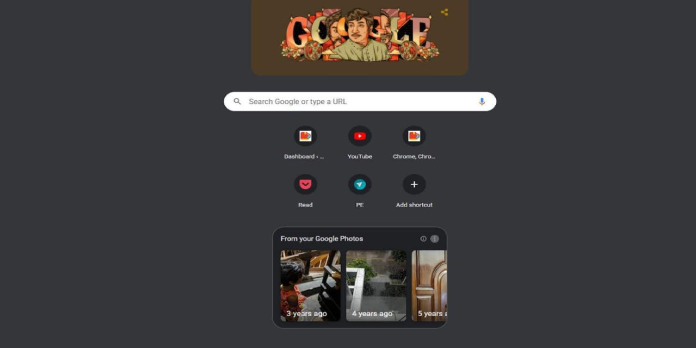 It seems that Google is going on a spree to turn its web browser into a gate to its other products and services. Whether that drive will ruffle contestants and controls’ feathers remains to be seen, but there doesn’t feel any stops Google from its crusade. Most of these new and upcoming features revolve around search results and the New Tab Page, the last of which is getting a new module that will surface your Google Shots whenever you suppose to open a new browser tab.

Browsers have come a long way, not just in terms of functionality but also in user interfaces. No longer confined to single pages per window, tabbed UIs have opened the door to further gests, some of them controversial. Moreover, going beyond a very blank canvas, new tab pages have grown a manner of staging ground for links to websites, other services, or even ads.

Chrome New Tab Page is now home to quite a limited number of “modules,” all of which tie into a Google product. The most notable is Discover, which exteriors are potentially interesting articles based on your searches and preferences (that Google knows about). In addition, Google was newly seen integrating Google drive into that section as well.

According to Chrome Story, the closing to join that page will be Google Photos “Memories,” the section of Google’s cloud photo service that collates and organizes photos according to events and dates. Once enabled by the addict, they will be capable of seeing new Memories as they come up, saving them time from having to check Google Prints regularly or bide for a bulletin. Like the Google Drive integration, this feature is hidden under a flag in the Canary version of Chrome.

This feature could be a huge perk for heavy Google Photos users that are presumably before using Chrome. But, unfortunately, it hereabouts sits on a page that you’re most likely always to see when using Chrome. That said, it also demonstrates Google’s intent to have its netizen wax a gateway to its services, yea as controls and rivals try to unyoke Chrome from the rest of Google- land.