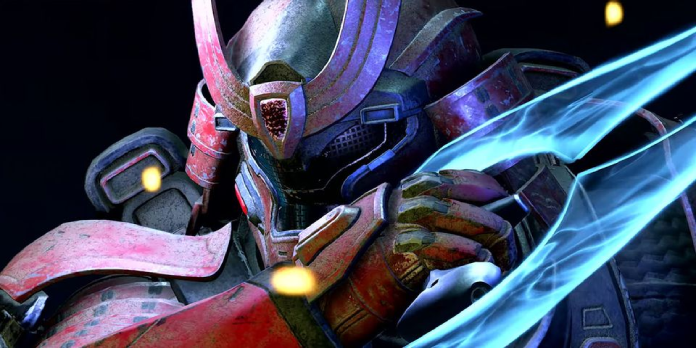 The Fracture: Tenrai event for Halo Infinite is now live, and players can earn the new Yoroi armor and play the limited-time Fiesta game mode for the next week.

The Halo Infinite Tenrai event has begun, and a debut trailer shows off all of the additional stuff that can be unlocked between now and November 30. Not long after announcing the game’s multiplayer, 343 Industries announced the Halo Infinite Fracture: Tenrai event. The primary attention was on the unlockable samurai-inspired Yoroi armour that comes free with the event pass.

When Xbox revealed that Halo Infinite’s multiplayer would launch on November 16 in honor of the Halo franchise’s 20th anniversary, players were taken aback. Still, they spent no time jumping into 343 Industries’ latest installment in the series. Halo Infinite smashed the Xbox Game Studios record for concurrent Steam gamers just hours after its release. This anticipation was likely driven by Halo Infinite’s longer-than-average production schedule, which included 343 Industries scrapping plans to release the game as an Xbox Series X/S launch title and delaying the game to address criticisms about the 2020 reveal’s unfinished aesthetics. Now, 343 Industries has introduced the first Fracture event for Halo Infinite, with a slew of stunning unlocks accessible for the rest of November.

In a new Halo Infinite trailer for the Fracture: Tenrai event, a pair of Spartans charge at one other in a samurai brawl. The trailer then shows off the free Yoroi Armor Core and new premium cosmetics and the limited-time return of classic Halo game mode Fiesta, which can be unlocked as part of the Tenrai event’s free 30-tier event pass. From November 23 to November 30, the Halo Infinite Tenrai event will take place.

The microtransactions and personalization system in Halo Infinite Season 1 have divided fans so far, as the game’s Armor Cores are tough to achieve without paying real money due to the game’s glacial battle pass development. Many people have stated that they would rather pay the total price upfront and unlock stuff in-game than grind for cosmetics under the game’s current free-to-play format. Recent rumours suggest that even Halo Infinite’s expensive single-player campaign would not unlock any armour used in multiplayer, adding to the frustrations.

Despite some players’ reservations about the game’s cosmetic microtransactions, many are enjoying the title’s classic Halo multiplayer gameplay, large-scale Big Team Battle matchups, and new equipment like the Grappleshot and Repulsor, which have resulted in some impressive and lucky Halo Infinite kills in the week since the game’s free-to-play multiplayer component launched. The Halo Infinite Tenrai event will define the game’s second week, with 343 Industries promising more multiplayer events once the single-player campaign launches on December 8.