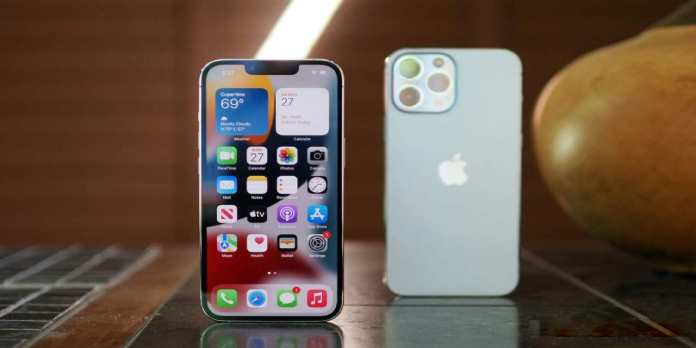 Third-party repair services, let alone replacement components acquired outside of firms’ supply chains, have never been well received in the smartphone sector. Unauthorized repairs are discouraged or even penalized for various reasons, ranging from preserving company secrets to maintaining the company’s image. Apple has always been a vocal opponent of the “right to repair” movement. Its current unofficial policy affecting iPhone 13 screens has irked iFixit, who believe it is part of a covert plan to eliminate the DIY repair business.

The most used portion of a smartphone is the screen, which is also vulnerable to damage. Unfortunately, they’re also the ones that break the most, particularly after unintentional drops. So it’s no wonder that a whole industry has sprung up around the process of changing these displays, including both first-party and authorized services as well as smaller third-party companies. Unfortunately, if the iPhone 13 is the start of a new Apple trend, many of the latter may be compelled to substantially alter their plans.

Replacement of the iPhone 13 screen, according to iFixit and other repair specialists, triggers a check that might cause Face ID to cease operating. Even if the replacement screen comes from another legitimate iPhone 13 model, Face ID will no longer work if it was done without Apple’s authorized tools or software. That allows for a little chip at the bottom of the screen that matches a particular display with a certain iPhone.

Such “serialization” tactics aren’t new to Apple, but with the iPhone 13, it takes a curious and maybe questionable turn. There is no apparent technological reason why a display is related to Face ID, unlike replacing the Touch ID button, notably on the iPhone 13. The Face ID components are ironically now isolated from the screen. It’s an arbitrary association, according to iFixit, that Apple is using to coerce third-party repair providers to either join its limited and pricey program or go out of business.

These companies have options for dealing with the looming catastrophe, but none of them are immediately beneficial. They could try micro-soldering the chip between the displays, but that’s a time-consuming and dangerous process. They may, as previously stated, join Apple’s network, which is what the business prefers, but those who would have already done so if Apple’s rules and limits were not in place. Finally, of course, there’s iFixit’s approach, which is to join the struggle for the right to repair in various markets and areas.

There’s also a chance that this Face ID issue is just a glitch that Apple hasn’t fixed yet. iFixit, on the other hand, has reservations and fears that this is simply Apple’s most daring move yet in ensuring that everyone, even service providers, is locked into its ecosystem of products and services.