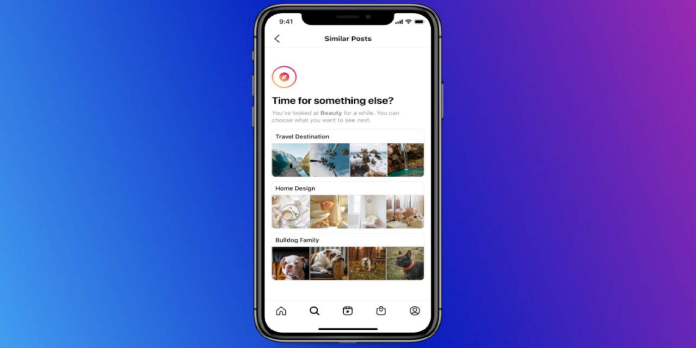 Instagram isn’t a new social media platform, and most of its users are from the younger generations. You’d think it would have safety precautions in place by now to allow parents to protect their children, but that was not the case. Instagram didn’t formally allow children access until lately, but it could have planned for this eventuality.

Also See:  no dial tone on phone but internet works

Parental restrictions are finally coming to Instagram, and it’s better late than never, as some might argue. The caveat is that these parental controls will not be available until March of next year. When it happens, parents will decide how much time their children spend on Instagram. The corporation is also constructing an instructional center for parents, which will most likely address their concerns about the network’s potential impact on their children’s mental health.

On the other hand, parents won’t have to wait long for one of the promised features. Teenagers in the United States, the United Kingdom, Ireland, Canada, New Zealand, and Australia will be reminded to take a break once in a while if they’ve been scrolling through their feeds for too long starting today. Although it’s all too easy to disregard these reminders, Instagram has hinted that it will be persistent, if not irritating, in encouraging young users to keep the setting turned on.

Instagram is also working to improve the constraints that apply to teen accounts. If the teens don’t follow those accounts, other individuals won’t tag them in postings. Though this function is still in its early stages of development, the network’s “Limit Even More” option for regulating sensitive content may also screen out potentially dangerous search results.

Additional features are being evaluated that will help users of all ages, not just teenagers. Instagram is experimenting with a new tool that would allow users to manage their activity better, such as bulk removing content, including prior likes and comments. If everything goes according to plan, this will be ready in January.

The social network is also working on a “nudge” that would remind users to look at other topics if they’ve been staring at or searching for one for too long. It’s similar to the “Take a Break” option, but it’s focused on specific themes that can become an unhealthy preoccupation, mainly if the subject matter is potentially hazardous.