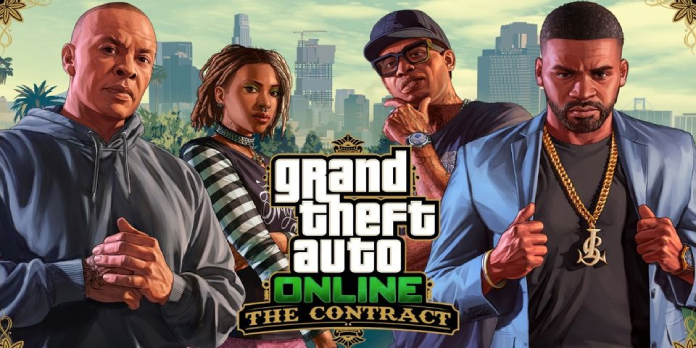 The first trailer for Rockstar Games’ new GTA Online update, The Contract, has been released, and it features Dr. Dre and Franklin from GTA 5.

The next huge content update for GTA Online has been announced, and it includes the return of Franklin Clinton from GTA 5 and rapper Dr. Dre. The new GTA Online update will reveal what Franklin has been up to since the events of Grand Theft Auto 5 and provide new ways to wreak mayhem and generate money in San Andreas. After a brief cameo in the Cayo Perico Heist update in 2020, this will be Dr. Dre’s second in-universe visit.

Snoop Dogg hinted earlier this year that Dr. Dre was working on a new Grand Theft Auto game, suggesting that the rapper was collaborating with Rockstar on GTA 6. While there’s always a chance that may happen given their apparent friendship, it’s now evident that Snoop Dogg was referring to the recently released GTA Online upgrade. It’s the long-running game’s second major feature update this year, and it’ll cap off Rockstar’s 2021 in style.

Also See:  How To Add And Remove Widgets On An iPhone: The Simple Guide!

According to Rockstar Games, the latest GTA Online update, named “The Contract,” will bring back Franklin Clinton, Chop the Dog, and Lamar to help Dr. Dre search down his missing phone, which includes unreleased songs. New Dr. Dre tracks, an upcoming radio station, weaponry, quality of life upgrades, and much more will be included in the new update. Dr. Dre’s participation in GTA Online was leaked numerous times before the official announcement, although it was unknown how big of a role he would play until now. Rockstar has promised additional information about the update in the weeks preceding up to its December 15 release, but for now, there’s a teaser trailer to keep players entertained.

Rockstar Games has halted the release of new GTA Online content and upgrades in recent years, focusing instead on other projects such as 2018’s Red Dead Redemption 2, the newly released GTA trilogy, and maybe GTA 6. The company has delivered two major GTA Online upgrades every year, giving them enough time to produce substantial new content that will entice returning gamers and keep existing ones engaged. The GTA Online Los Santos Tuners, which was introduced this summer, was one of the more significant improvements of 2021. Missions, racing, a social hub, and other features were included in the new content.

Rockstar plans to rerelease GTA 5 for PS5 and Xbox Series X in 2022, in addition to purportedly working on the as-of-yet unverified GTA 6. Rockstar has stayed tight-lipped on many of the rerelease features, which will contain a lot of updates and new content for next-generation systems. GTA Online will continue to receive updates with the latest version, although it’s unclear how long they’ll last or how large they’ll be. The next version of GTA 5 is currently scheduled to release in March 2022, but no precise date has been set.