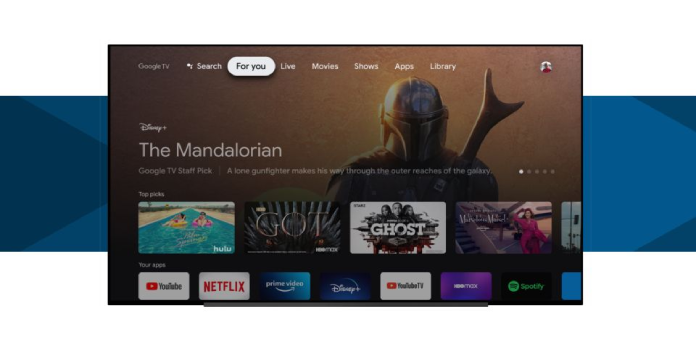 The product manager for Google TV says there are a lot of new additions on the road, but there’s no word on when they’ll be released.

Google is developing several new features for its TV platform. Google TV is a unified interface that allows users to search, discover, start shows, movies, online videos, etc. Instead of creating its content, Google TV hosts and integrates third-party apps like Netflix, HBO Max, and Disney+, allowing users to locate material without searching within each silo. YouTube, Spotify, Stadia, Google Duo, and a wide range of Android apps and games are all supported by Google TV.

In the world of television, Google has a long and tumultuous history. Google TV was first released in 2010. However, it was a very different product than the present version. The initial edition of Google TV was heavily focused on online browsing, with a user interface that looked more like an Android smartphone than the clean panels and banners featured on modern smart TVs. Companies like Logitech offered Google TV through high-priced set-top boxes with ugly QWERTY keyboard remotes. By 2014, Google had switched to Android TV, which provided a more user-friendly interface. Google’s Chromecast with Google TV will be available in 2020. (which, confusingly, is based on Android TV). Google TV has since proven to be a success, and the company is aggressively promoting third-party manufacturers to integrate the service into their gear.

Also See:  Google app crashing? A new update seems to be the culprit

In an interview with Protocol, Rob Caruso, Google TV Director of Product Management, announced intentions to add a slew of new features to the platform this year. For example, Caruso says fitness is a “huge area of investigation” for the firm and that Google Fit and third-party health and wellness apps may soon be supported on Google TV. In addition, according to Caruso, Google is also working on adding more video conferencing services to Google TV, with Zoom being one of the most popular options.

Google TV already works with Google Assistant, allowing users to use a voice-activated control to search for content. In addition, because Assistant is compatible with Google Home, it can be used to control smart lights, locks, and other devices. Caruso claims that Google also intends to expand Google TV’s smart home capabilities, citing recent Android platform changes as an example.

Caruso teased a lot of new Google TV concepts, but no schedule for the improvements was disclosed. Of course, because the platform is built on Android, many of the new capabilities may be available through the Play Store, but there may be technological limitations. For example, the Chromecast with Google TV comes with 8GB of built-in storage, mostly used by the software. Still, with all that Caruso is hinting at, it could be worth looking forward to Google I/O in May to see what Google has in store.