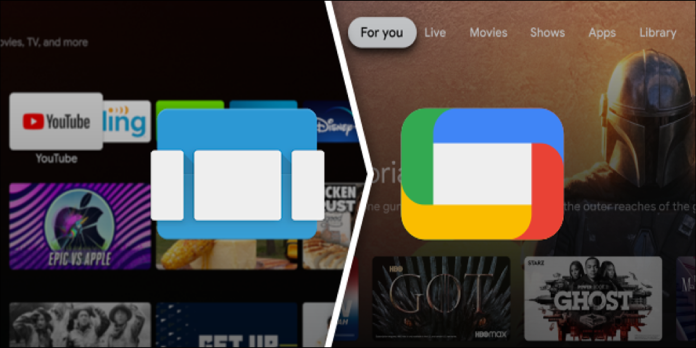 Here we can see, “How to Get the Google TV UI on Android TV Devices Right Now”

Android TV received its most significant interface update in years with the launch of the Chromecast with Google TV. However, you can get the new interface for your older Android TV streaming device right now if you don’t want to wait.

Over the next few years, Android TV devices will gradually be upgraded to the new “Google TV” interface. Naturally, the revamped home screen is the most noticeable change. However, we can get that unique experience right now, before the big update, by installing a few apps.

There are a few prerequisites you must meet before we begin. First, make sure that your Android TV set-top box, TV, or dongle is running Android 9 or higher. Then, go to Settings > Device Preferences > About > Version to see what version you have.

Note: In the United States, the instructions in this guide have been confirmed to work with the Nvidia Shield TV. Your results may vary depending on which Android device you use and where you live.

We’ll need to sideload a couple of files onto your Android TV. The Google TV Home launcher is the first file. After that, most of your needs will be met, but the Search tab will not function. We’ll also need to install an updated Google app to make this work.

These files can be downloaded to an Android phone or tablet, an iPhone, an iPad, or a computer. First, we’ll have to transfer them to your Android TV. A cloud storage service, such as Google Drive, is the most convenient way to do this. Upload the two files using Google Drive’s website or mobile apps.

We can replace the old Android TV Launcher now that we have the necessary apps installed. However, we must first uninstall the old launcher before we can use Google TV Home. Because the Android TV Launcher is a system app, it requires a little more effort to remove.

Also See:  Report: The Xbox Game Pass May Be Headed for Android TV

Your TV is now connected to your smartphone or tablet. To uninstall the Android TV Launcher, we’ll use a command. Enter the following command:

You can also disable the Android TV Launcher with the following command if you don’t want to lose your settings and home screen configuration:

Type the following command to undo the command and reinstall the Android TV Launcher in the future:

To re-enable the Android TV launcher, use the following command:

You’ll see a message that says “Success” if the uninstall or disable command worked.

The new home screen will appear when you press the home button on your Android TV remote (it may take a few seconds to load). Your Android TV now has the Google TV experience! The Search tab should also be functional now that we’ve installed the Google app.

It’s worth noting that this is only the surface of Google TV. Other features, such as the redesigned Settings menu, will necessitate a firmware update. However, you can enjoy a brand new look until then.

If you want to watch TV on your Android device, Google TV is available in the Google Play Store. Although not all of these updates include all of Google TV’s features, they incorporate many of them. You may need a Google device or a new TV from a brand like Sony to get the whole Google TV experience.

Because the underlying software is still Android, Google TV is more of a rebranding. It’s more accurate to say that Android TV has a new name: Google TV. That also means that Google TV products retain a lot of the core functionality you enjoy with Android TV.