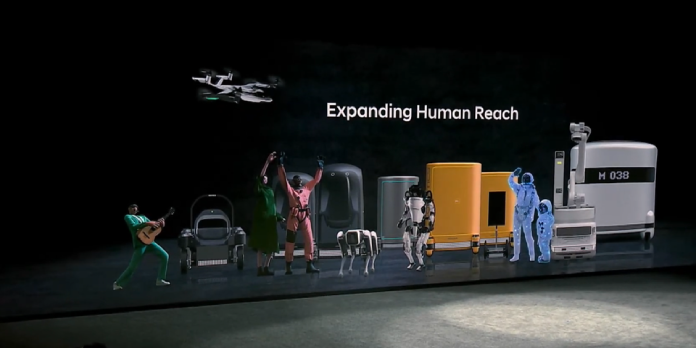 Hyundai wants the Metaverse to interact with the actual world through robotic avatars, allowing you to virtually “wear” a Boston Dynamics robot.

Hyundai intends to create a metaverse that interacts with genuine physical robots that work in the real world rather than virtual reality. The metaverse concept is still in its early phases, with many ideas developing at once, some of which will undoubtedly fail. The inclusion of robots may appear strange at first, but it has actual value and could be one of the most practical reasons for the metaverse since it grounds it in reality.

Hyundai has a long track record in industrial robots and shipbuilding. Its acquisition of Boston Dynamics near the end of 2020 cemented its position as a market leader in lighter, more mobile robots. Hyundai Motor Group, which manufactures automobiles, has a controlling stake in Boston Dynamics. This is a consumer-focused division of the Hyundai company that focuses on mobility.

With this backdrop, robots take on a whole new meaning. Hyundai’s YouTube video presentation describes future transportation solutions involving smaller wheeled pods that convey people to larger vehicles for longer journeys. It’s quite futuristic, even science fiction-like in appearance. Surprisingly, the more practical section of the movie, which has already been cued up below, talks about using robots as physical avatars while in the metaverse. Real-world presence in virtual reality is a very real and practical requirement that will emerge as individuals spend large amounts of time in VR. 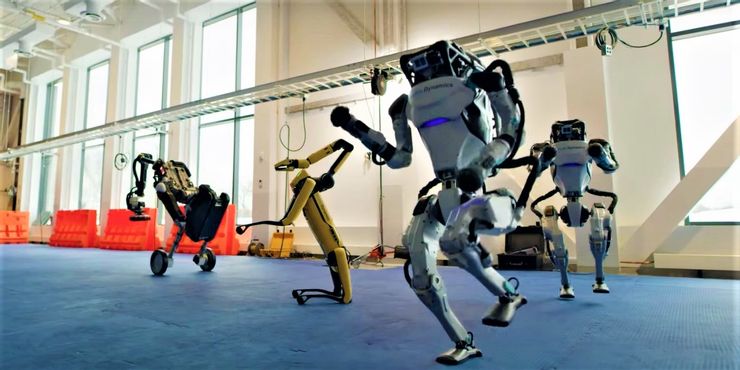 Delivery robots are frequently the first robots encountered in ordinary life, and their numbers are growing. This can take the shape of flying drones in some circumstances. Amazon, Google, and, most lately, Walmart have all been looking into the possibility of delivering products straight to customers by air. Wheeled delivery bots are also becoming more popular, and they may be spotted on several college campuses. There’s little reason to deploy a complicated, legged robot-like Boston Dynamics’ for this task; however, more difficult terrain would make a wheeled robot impractical, and flying drones have restricted weight limits.

Transporting stuff up a stairwell would be a breeze with a Spot robot dog. Wearing an Atlas robot as if it were a suit offers up a whole new universe of possibilities, such as buying at a supermarket via robotic telepresence. That is a highly expensive method to get goods. Therefore it could be more feasible to envision ‘wearing’ a crane and handling heavy construction from home or the office. Dangerous tasks like rescuing survivors of natural disasters or exploring Mars in a first-person perspective as a robot may become viable in the future. This perspective on robotic avatars appears to be much more practicable. Whatever role robots play in the future, a connection to the Metaverse appears to be a foregone conclusion, and Hyundai is already planning how it may contribute to this future potential.