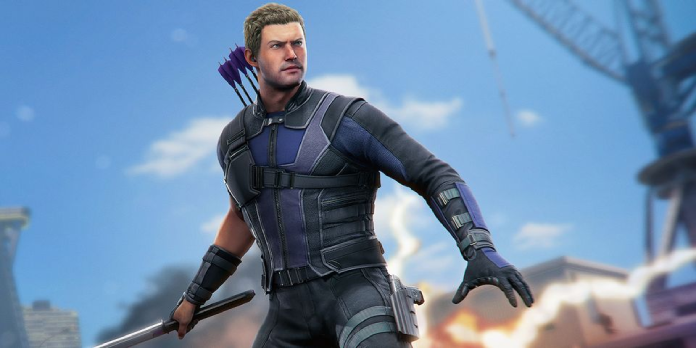 MCU Hawkeye’s uniform from Captain America: Civil War has been introduced to Marvel’s Avengers, and gamers may earn it without spending real money.

Hawkeye’s clothing from Captain America: Civil War, the newest Marvel’s Avengers cosmetic inspired by the Marvel Cinematic Universe, has been added as a new Shipment item. Players can choose from a diverse lineup of Earth’s Mightiest Heroes in Crystal Dynamics’ multiplayer Marvel game, each with its playstyle and aesthetic accessories. Fans have praised Marvel’s Avengers’ MCU clothing, with each hero’s live-action appearances faithfully replicated into the game.

While many fans have praised the game’s realistic Marvel Cinematic Universe clothes, the game’s microtransaction system has been heavily criticized. The majority of the game’s cosmetic skins, including the coveted MCU-inspired outfits, have been accessible exclusively through the in-game Marketplace since launch. This digital boutique only accepts real-world dollars. Some skins cost up to $14, forcing gamers to spend astronomical sums if they want to possess every Marvel Cinematic Universe-inspired cosmetic. Marvel’s Avengers, on the other hand, has recently included a new mechanism for players to obtain cosmetic things only through gameplay. Shipments, purchased using currency earned during gameplay and having a chance to include a rare speciality item, were added in the most recent Marvel’s Avengers update.

Marvel’s Avengers (via Twitter) brings Hawkeye’s Captain America: Civil War Outfit to the game with the game’s latest Shipment. A heated fight between Captain America and Iron Man was portrayed in the MCU’s epic 2016 episode, with a big array of heroes emerging to support either side. Hawkeye returned from retirement to battle alongside Captain America, sporting a new live-action outfit with one short and one long sleeve. The new Shipment’s specialized item will be available between January 6 and February 3 as part of Marvel’s Avengers’ latest MCU update.

Buckled in? A new Shipment will arrive today! 🏹

The 2021 plan for Marvel’s Avengers was completed in November, leaving fans in the dark regarding the live-action superhero title’s future. However, according to a Marvel’s Avengers leak, She-Hulk DLC is presently in development and will be announced soon. Voice actor Krizia Bajos was recently rumoured to be playing the game’s version of the powerful green heroine. Bajos appeared to back up the report by commenting on it on social media. Since its release in 2020, Marvel’s Avengers has struggled to find its feet. Thus compelling new content is critical to growing and retaining its player base.

Marvel‘s Avengers has perfectly translated Hawkeye’s Civil War suit into the game, adding to the game’s collection of authentic MCU fashion. The suit’s single-sleeve design stands out among the archer’s previous live-action outfits, and the purple hue gives it a comic-accurate feel. Hawkeye’s Civil War outfit will also be available via Marvel’s Avengers’ new Shipments system, allowing fans to purchase the trendy cosmetic without having to pay real money.