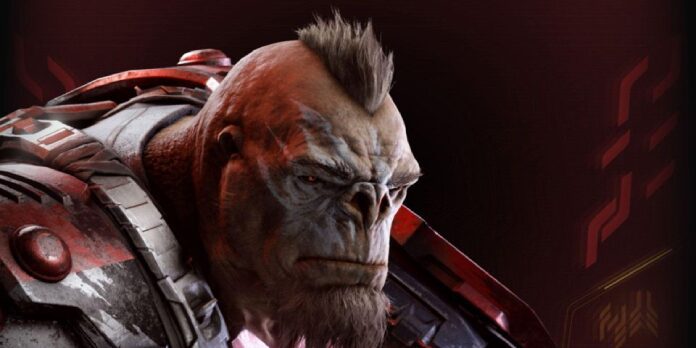 The Xbox Twitter account has created its version of the Craig the Brute meme, comparing the old and new Halo Infinite Brutes.

With a new image illustrating Craig the Brute’s graphical makeover, the official Xbox Twitter account poked fun at the Craig the Brute meme from Halo Infinite. The game was supposed to come out late last year, but it was postponed indefinitely after Halo Infinite’s demo debut at the Xbox Games Show in July 2020. The game’s presentation was heavily criticized by fans, prompting 343 Industries and Microsoft to reconsider their intentions and alter their presentation.

Following the Xbox Games Showcase, a Brute nicknamed Craig became one of the lightning targets for criticism. On the character model, the character had a deadpan appearance and was weak in depth. This ugliness quickly circulated the internet and became a focal point for memes mocking the game. Developer 343 Industries later clarified why the Brutes in Halo Infinite were so awful, claiming that when the gameplay trailer was aired, facial animations for Brutes had not yet been created.

Also See:  Xbox Is Getting a Night Mode Which Lets You Dim the Lights

The Xbox team mocked the Craig the Brute jokes that swept the internet last year by tweeting its version of the meme. The image juxtaposes a Brute from Halo Infinite’s freshly updated version with the famed Craig, demonstrating exactly how much has changed between the two versions of the game. Later, the official Halo Twitter account responded to the original statement with more Brutes from the next game.

How it started: How it's going: pic.twitter.com/Sgcvj1Qz2a

In a story trailer for Halo Infinite, 343 Industries gave fans a deeper peek at the game. The game has received a significant graphics improvement, as evidenced by the clip, with characters, enemies, and the environment all looking better than they did in prior previews. In-engine footage shows Master Chief and UNSC Marines fighting throughout Zeta Halo’s mostly open terrain. More video of the new grappling hook technology, which allows Master Chief to zip about the planet and spawn vehicles at special stations, was seen in the teaser.

Craig soon became the face of Halo Infinite and its difficulties, even though the Brutes were not in their final form when revealed during the first gameplay reveal. Now that most of the flaws have been resolved, it’s a good idea to highlight how much the enemies have progressed over the last year or so, and Craig appears to be much more detailed than he was previously.