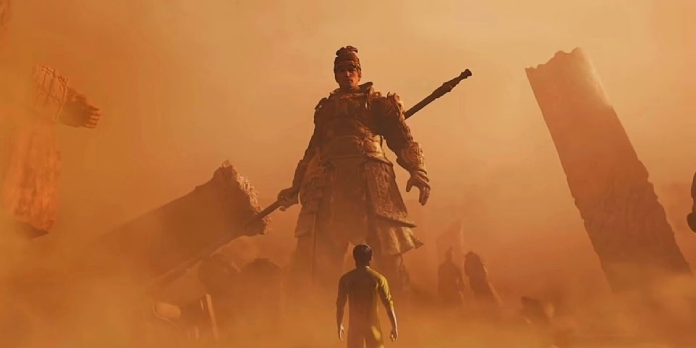 Just in time for the game’s Free Weekend event, which begins on December 17, Naraka: Bladepoint announces a partnership centred on the late Bruce Lee.

The great Bruce Lee has been in video games for nearly as long as the medium has been, and now he’ll be in Naraka: Bladepoint for a free promotional event this weekend. Naraka: Bladepoint, unlike many other multiplayer battle royale games, emphasises melee combat over gunplay, with up to 60 people battling it out with weapons, a parkour-style traversal system, and special powers from seven Naraka: Bladepoint playable characters. The game was first released in August, and developer 24 Entertainment announced that the first-ever Naraka: Bladepoint World Championship eSports event would occur early next year.

Last month, Naraka Bladepoint had sold over six million copies globally, making it one of the most popular Chinese PC games ever. Since its successful launch, 24 Entertainment has begun to expand Naraka:

Sword ghost Yoto Hime from Onmyouji was included as a pre-order bonus character in Naraka: Bladepoint and a 1v1 game mode inspired by the legendary Jean-Claude Van Damme film Bloodsport was added to the game in October.

According to PCGamesN, a new bundle of DLC material themed on Bruce Lee will be released beginning December 14 in Naraka: Bladepoint. This contains Lee’s famed nunchucks as a new weapon and various character skins based on the late martial artist. As seen below, the Bruce Lee X Naraka: Bladepoint Official Collaboration Cinematic teaser released yesterday depicts a CG version of Lee wandering over desert terrain and demonstrating some of his iconic fighting moves:

Additionally, from December 17 to December 21, 24 Entertainment will host a free weekend for Naraka: Bladepoint, which will run from December 17 to December 21. This will allow users to check out the game for themselves, with newbies being placed in lobbies according to their skill level to avoid being overwhelmed by battle-hardened veterans. In addition, 24 Entertainment has planned several crossover events for the future year, including the appearance of Viper Ning in Fall Guys and the addition of the Shuriken Spitter weapon from Shadow Warrior 3 to Naraka: Bladepoint.

Many fighting game characters, such as Street Fighter’s Fei Long, Tekken’s Marshall Law, and even Mortal Kombat protagonist Liu Kang, have been inspired by Bruce Lee over the years. It appears that this pattern will continue with Naraka: Bladepoint’s impending Lee-themed DLC. During this weekend’s free Naraka: Bladepoint event, which begins on Friday, December 17, players will be able to try out these Dragon-themed weapons and character skins.