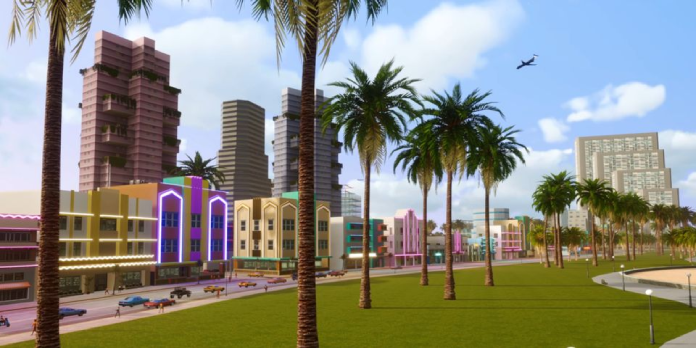 According to the fan theory, GTA: The Trilogy – The Definitive Edition’s video hints at the long-awaited Grand Theft Auto 6.

In the new GTA: The Trilogy – The Definitive Edition release date trailer, a Grand Theft Auto VI Easter egg was supposedly found. Rockstar Games announced earlier this month that a remastered bundle of GTA 3, Vice City, and San Andreas would be released on November 11.

Since the release of the official teaser for GTA: The Trilogy, there has been discussion about the impending remasters’ slightly unsettling graphics and the removal of controversial imagery like Phil Cassidy’s shirt bearing a Confederate flag. Aside from those more unpleasant subjects, some believe Rockstar has hidden a secret hint to the upcoming Grand Theft Auto game in the most recent GTA trilogy remasters trailer.

Also See:  Dark Souls: The Roleplaying Game Is Announced, and a Teaser Trailer Is Available

In a blink-and-miss-it moment from Grand Theft Auto: The Trilogy – The Definitive Edition’s release date trailer, some fans have noticed a suspected GTA 6 Easter egg (via Game Rant). GTA: Vice City anti-hero Tommy Vercetti may be seen riding a motorcycle with a license plate that reads “Vice City” followed by the initials “I C S L V” at the 40-second mark of the trailer. While the license plate could be a random collection of characters, some viewers believe it stands for “Vice City Is Coming Soon” paired with the Roman Numeral “LV,” or 55. These viewers point out that the GTA trilogy trailer debuted on October 22 and that the number 55 could be a reference to December 16, which is 55 days after the trailer’s debut. While some Twitter users, such as NEWSLEAKSGTAS, are sceptical, others appear to believe that the date is when Rockstar will formally unveil GTA 6.

FIXED/NEW – All of this is seemingly connected & points to Nov 23 & Dec 16, 2021 as GTA 6's announcement/reveal dates. Coincidence? Probably not. It may not be accurate. #THATSSOBOLD #4CHAN #LEAKS #OCTOBER #NOVEMBER #DECEMBER #LDATAMINER94 #PREDICTIONS #GTA6 #GTATRILOGY pic.twitter.com/tIZYR5TOPU

The publication of the first Grand Theft Auto 6 teaser before the end of 2021 has been rumored, with claimed leakers suggesting Rockstar will eventually release the trailer before the end of 2021. Furthermore, the phrase “Vice City Is Coming Soon” appears to allude to claims that GTA 6 may be set in a modern-day version of the fan-favorite Miami-inspired city that served as the setting for Grand Theft Auto: Vice City and its 2006 spin-off, Vice City Stories.

It’s worth remembering that this is just guesswork, and the apparent hints pointing to a December release date for Grand Theft Auto 6 could be nothing more than coincidences that fans are clinging onto. After more than eight years since GTA 5, fans are naturally eager to reveal the next installment in the series. Although Rockstar has yet to make any formal announcements about GTA 6, it’s reasonable to assume that the internet will be more than ready when it is.