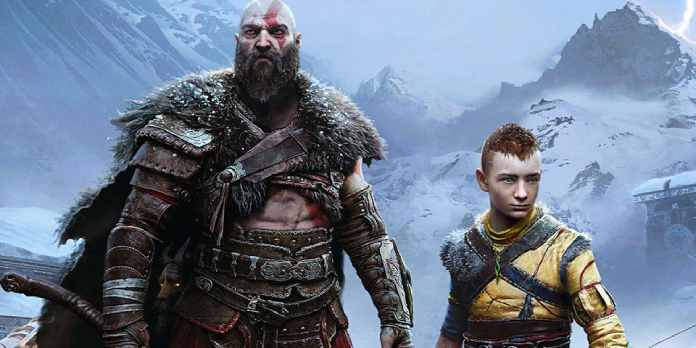 Kratos and Atreus will face off against Thor in God of War Ragnarok, and a fan-made animation has brought this conflict to life using official art.

Official God of War Ragnarök art, featuring protagonists Kratos and Atreus, has been brought to life by a fan-made animation. The upcoming sequel will continue the father-son duo’s mythological journey that began with God of War in 2018. In September 2021, gameplay reveals for God of War Ragnarok was released, revealing the game’s title and providing fans with a better idea of what to expect from the franchise’s next installment.

Kratos, the series’ protagonist, was paired with a young son named Atreus in 2018’s God of War, which took place in a brand-new setting, the realm of Norse myth. The two demi-gods set out on a quest to spread Atreus’ mother’s ashes, which brought them into conflict with Norse gods like Baldur and the sons of Thor. The adventure eventually led to Ragnarok, the Norse world’s end and God of War Ragnarok will go into great detail about this catastrophic event. Fans believe the game will conclude with Kratos‘ long-awaited death, which was hinted at in a mural found near the end of the previous installment.

Also See:  Fortnite adds a First-Person ADS Mechanic years after it came out

A talented Reddit user, animator, and God of War fan named KratosMemories have added animations to an official piece of Ragnarok concept art. The artwork depicts Kratos and Atreus standing on the now-frozen Lake of Nine, similar to the cover art for 2018’s God of War. Tyr’s Temple is in a state of disarray, and the World Serpent may be dead behind them. Kratos and Atreus now move around and lift their weapons as lightning strikes the ground around them, thanks to KratosMemories’ addition of animation to the already impressive artwork. The movement has also enhanced several background details, such as the wind and the duo’s canine companions. The animation accurately depicts Ragnarok’s scale and foreshadows the duo’s inevitable confrontation with Thor.

I’ve animated the God of War Ragnarok Cover! from GodofWar

In September, the gameplay reveals for God of War Ragnarok piqued the interest of many fans who are eager to learn more about the sequel. Although KratosMemories has focused on improving official artwork, some fans have also created original artwork. The massive Blade of Olympus appeared in Ragnarok, according to Twitter user BT BlackThunder. The massive sword was pivotal in God of War’s older Greek Saga, serving as the only weapon capable of slaying a god-like Zeus. While the weapon appeared to be destroyed in God of War III, it’s always possible that old weapons will cause reappearance in future installments.

God of War Ragnarok is one of the most anticipated PlayStation-exclusive games coming next year, following the huge success of the previous game. Fans have spent years imagining Kratos and Atreus’ future adventures, and the rest of their story will be told soon. Meanwhile, talented fans like KratosMemories can keep the franchise’s fanbase occupied with exquisite and artistic God of War Ragnarok tributes.

The PS4 and PS5 versions of God of War Ragnarök will be released in 2022.