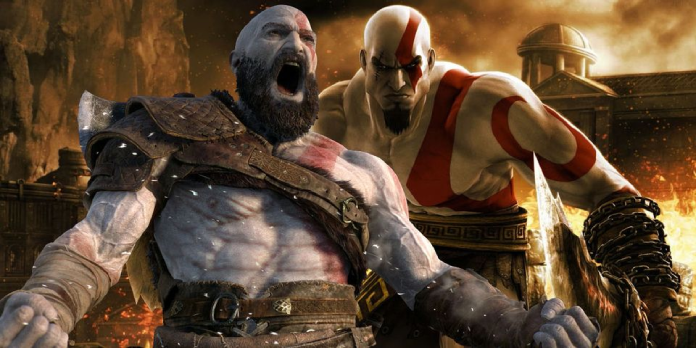 God Of War fans debated which version of Kratos fighting his younger self in God Of War Ragnarök is truly the strongest.

When Kratos returns for one final Nordic adventure in God of War Ragnarök, he’ll undoubtedly face several formidable foes. Still, some players are curious what would happen if he met himself. The Ghost of Sparta has evolved dramatically throughout the Santa Monica Studio series, from a vengeful God of War warrior in the original trilogy to an aged hermit in 2018’s God of War reboot who only wants to live a peaceful life with his son Atreus.

Despite being a changed man in Santa Monica’s latest God of War title, Kratos remains haunted by the violent life he led during his earlier days in Greece. Kratos is confronted with grim reminders of his previous quest for revenge throughout his and Atreus’ journey to scatter his late wife Faye’s ashes across Jotunheim’s highest peak. He repeatedly warns Atreus to keep his rage in check, lest his son follows in his footsteps. Due to his troubled past, Kratos appears hesitant to get involved with the affairs of the Nordic Gods in the upcoming God of War Ragnarok, implying a potential epic boss battle with a physical or spiritual manifestation of those inner demons.

Gauri aya11 (via GameRant) wondered what would happen if Kratos faced a past version of himself in God of War Ragnarok and used a sketch by web artist Erdem Denizliolu to illustrate his point. This idea sparked a debate in the comments section about which version of Kratos is the most powerful, with some fans favouring the younger Kratos because of his pure, unbridled fury. In contrast, others suggested that the more recent Nordic-era Kratos might have an advantage due to his controlled strength, added wisdom, and bulkier build.

Who else wanna see this fight? If only in a dream sequence. Old Kratos fighting his inner demons ( younger self)? from GodofWar

Kratos’ troubled past isn’t the only threat he and Atreus may face in God Of War Ragnarok, which will see the father-son duo seek answers about a mysterious prophecy that predicts the end of the world. They will battle legendary deities like Thor, join forces with new allies like Tyr and Angrboda, and possibly learn Atreus’ fate and role in the upcoming Ragnarök during this quest. God of War Ragnarok will be the conclusion of Kratos and Atreus’ journey through the Nine Realms of Nordic mythology, and could possibly serve as the final chapter in Kratos’ series-long arc, with Atreus potentially taking over the lead role in future games, according to the developer Sony Santa Monica.

Also See:  Deathloop has a stuttering problem on PC, but a fix is on the way

A boss battle between Kratos and a version of his past self (in the form of an illusion or dream) could be an exciting way to bring the Ghost of Sparta’s storey full circle and signify that he is truly ready to put his violent past behind him by defeating the bloodthirsty deity-slayer he once was. In any case, when God Of War Ragnarök finally launches on the PlayStation 5 next year, it will almost certainly have a thrilling conclusion.

How to: Fix the Mouse Lag in Doom Eternal