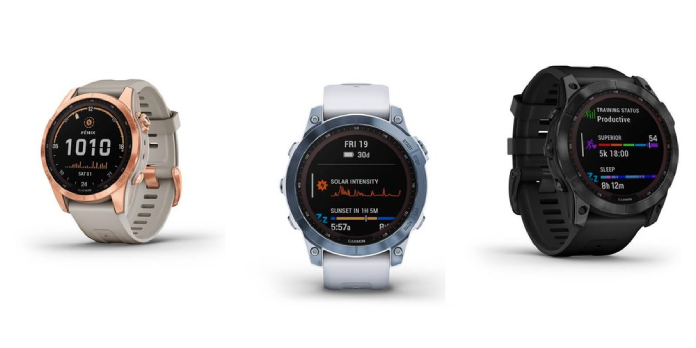 The Fenix series from Garmin is a popular choice among athletes and explorers, and the latest Fenix 7 versions add a slew of new capabilities and a fresh look.

Garmin has officially introduced the Fenix 7 smartwatch series, with new features and a price tag that isn’t exactly pocket-friendly. The Fenix series is a line of high-end smartwatches from Garmin designed for athletes and adventurers, particularly those who enjoy outdoor activities. It is usually available in various sizes and features that differ from one another. Garmin Fenix smartwatches run a bespoke operating system with its app store rather than Wear OS.

The smartwatch market is extremely crowded. While Apple and Samsung are two of the most well-known companies, Garmin is also a market leader. It seeks to set itself apart from other manufacturers by including features like the ability to load maps for various topographical locations and golf and ski courses. Popular apps like Spotify, Deezer, Amazon Music, and many sports apps and watch faces are available in its app store.

Also See:  Withings ScanWatch is now available in the United States with ECG and SpO2 capabilities

The 42mm Fenix 7S, the 47mm Fenix 7, and the 51mm Fenix 7X are the three models in the Garmin Fenix 7 series. These three are further divided into Standard, Solar, and the premium Sapphire Solar edition, which replaces the Corning Gorilla Glass DX lens and stainless bezel with a Power Sapphire lens and a titanium bezel. Each variation is also available in a range of colors. Garmin can appeal to a broader market by offering purchasers various options.

The Fenix 7S has a 1.2-inch 240 x 240 transflective display, the Fenix 7 has a 1.3-inch 260 x 260 resolution display, and the Fenix 7X has a 1.3-inch 280 x 280 resolution display. Unlike the Fenix 6 series, the Fenix 7 series has a new touchscreen that may be used with button controls. On the other hand, touch input will be disabled when an activity is in process. The smartwatches’ basic and solar models have 16GB of storage, while the sapphire solar version has 32GB. A heart rate sensor, Pulse Ox blood oxygen level monitor, Garmin Pay, multi-GNSS support, and a 10 ATM water-resistance rating are all included in all three models. The smartwatches can also track stamina in real-time, and Garmin has introduced an “Up Ahead” feature that displays crucial trail points shortly (water, first aid).

There are a few notable differences, one of which is a new multi-LED flashlight specific to the Fenix 7X from Garmin. When it’s dark, the flashlight can be utilized to give illumination, and users can adjust the brightness and color. Another distinctive feature is the battery life. The Fenix 7S has an 11-day battery life in smartwatch mode, which can be extended to 14 days if you choose one of the two solar models. The battery may last up to 38 days in battery saver mode (87 days for the solar versions). In smartwatch mode, the Fenix 7’s battery will last up to 18 days (22 days for solar variants), while battery saver mode will last up to 57 days (173 days for solar models). The Fenix 7X has a battery life of 28 days in smartwatch mode (37 days with solar) and 90 days in battery saver mode (up to 1 year with solar).

The Fenix 7 and Fenix 7S have a base price of $699, increasing by $100 or $200 for the Solar and Sapphire Solar variants. Because there isn’t a regular version of the Fenix 7X, it starts at $899 for the Solar edition and goes up to $999 for the Sapphire Solar edition. All three versions are already available for purchase on the official website, but shipping times vary based on the choice selected.