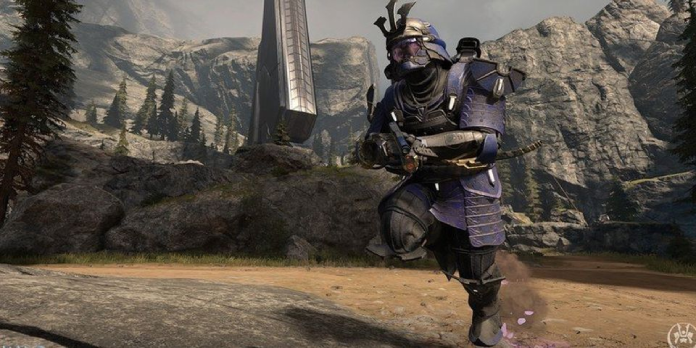 After years of anticipation, Halo Infinite‘s multiplayer was released early, to mixed reviews. The game was hailed for its adherence to the Halo tradition and lore, although it was panned at launch due to glitches and issues. Furthermore, Halo Infinite’s advancement system was criticised, causing developer 343 Industries to respond to player concerns by releasing an update that simplified the levelling process. The game’s microtransaction mechanism, however, was the primary source of criticism for Halo Infinite. The awards system and the amount of money that could be spent were both criticised by players. According to one Halo Infinite gamer, purchasing all of the microtransactions offered in Season 1 would cost over $1,000. Unfortunately, with Halo Infinite’s most recent event, the microtransactions did not improve much, but that didn’t seem to bother enthusiastic FPS fans.

The recent Fracture: Tenrai event was so successful, according to GameSpot, that it pushed Halo Infinite’s peak concurrent player count past 200,000. According to Steam‘s player count, Halo Infinite is now the third most popular game on the platform, behind only Valve’s heavyweights CS:GO and DOTA 2.

It’s no surprise that the player count peaked during Halo Infinite’s first significant event, but the Fracture: Tenrai event has received criticism for its event pass. The event pass has been criticised for deceiving players by failing to indicate that sure colour selections were locked into specific types of armour or by selling armour in slightly different colours. Another issue was that the Fracture: Tenrai event pass included a free event. However, the earnable content did not match what was advertised.

Also See:  how to build your own pc

Finally, despite its rocky start, Halo Infinite’s tremendous popularity is a testament not only to 343’s continuing interaction with the community but also to the Halo franchise’s overall popularity. Indeed, a live-action television programme based on the Halo franchise is currently in development with Amazon, demonstrating the franchise’s strength. The fact that gamers are flocking in droves to play a Halo Infinite game marred by controversy, on the other hand, certainly demonstrates the game’s strength.

Halo Infinite Gets An Emotional Live-Action Trailer In Advance Of Its...