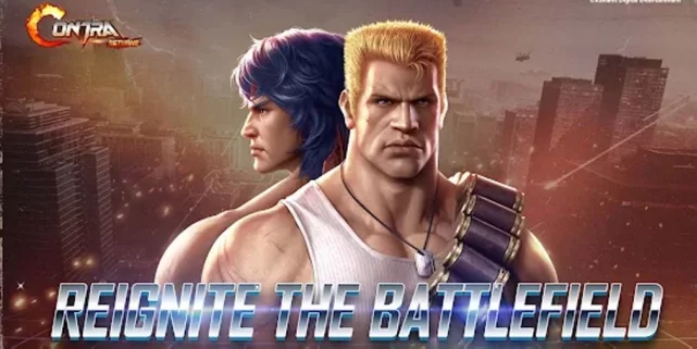 Are you still familiar with the Konami Code? Contra Returns is available today for Android and iOS devices around the world. Konami’s action IP remains a favorite gaming title. However, players can now relive the world of Contra through Timi Studio’s improved version.

Contra Returns allows players to immerse themselves into arcade nostalgia with a reimagined mobile version. It features tons of new content and the same side-scrolling feel that long-time fans love. The new Contra experience features more than 200 levels and HD upgrades that are optimized for mobile touchscreens.

With the help of the Contra army’s heroes, players can now use new weapons and legion systems to defeat the interstellar threat. New game modes are available for new and old fans, including the One-life Mode, which allows experienced players to challenge themselves in classic Contra gameplay. The Underwater 8 is a co-op gauntlet that offers eight levels of difficulty.

Also See:  How to: Fix League of Legends Sound Not Working

The Classic Team mode allows players to work together and clear challenging stages, earning amazing rewards. Online, players can compete in the Ultimate Tournament. The PVP modes include a Ranked Match and 1v1 Hero Battlefield.

Contra’s return is still a topic to be explored, so you might want to give it a try. Contra Returns can be downloaded on the App Store or Google Play for free. It also includes in-app purchases. To learn more about the game, you can visit the official website.

Even LinkedIn Is Making a Clubhouse Clone Now