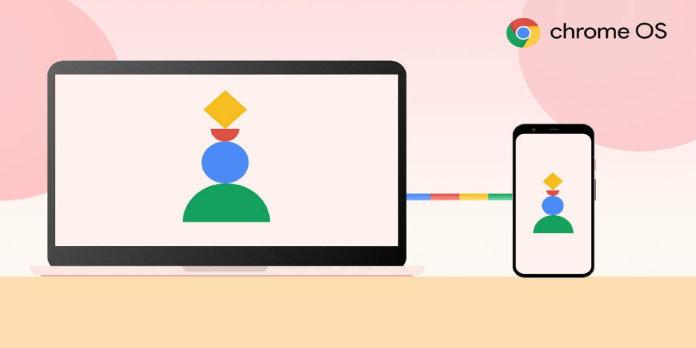 Google has two key computing platforms, three including the Web, and these two systems didn’t always work together. Chrome OS is now almost universally regarded as the Google OS to rule them all, and its interaction with Android will only get stronger. A larger bridge between Chrome OS and a connected Android phone is being developed, and a new feature that will finally enable you to mirror your Android Phone’s apps on your Chromebook could be released tomorrow.

Windows PCs have had this capability longer than Google’s operating system, which is almost insulting. The relationship between Samsung and Microsoft is the clearest example of this since it allowed programmes from a Galaxy phone to run in their window as if they were native Windows apps. While Chrome OS has long supported installing and running Android apps from the Google Play Store, this new capability will allow you to use the apps that are already installed and configured on your smartphone.

Users and lovers of Chrome OS may be familiar with this functionality, rumoured for a few months. This function, dubbed “Android Push,” would employ the same WebRTC technology as web-based video conversations to send the screen of a Pixel phone to a Chromebook. However, the new function identified by XDA’s Mishaal Rahman is a little more subtle and likely limited.

According to the tech journalist, this function, which would come under the existing Phone Hub, would temporarily allow users to access their Phone’s apps from their Chromebook. The idea is that when a user receives a notification from their Phone, they may click on it, and the right app will run without having to install it on their Chromebook. However, unlike phone mirroring, this appears to be a one-time contact, as the term “temporary” in the description suggests.

Coming soon: Launching apps from your phone on Chromebooks. When you receive a notification on your phone that's forwarded to your Chromebook, you can click on it on the PC to launch it in a window. pic.twitter.com/j9UEYuR7TW

This feature is reportedly already there in Chrome OS, although it is not yet operational. This may be announced alongside the Pixel 6 tomorrow, which would mean that it will be limited to Google’s phones for a while.