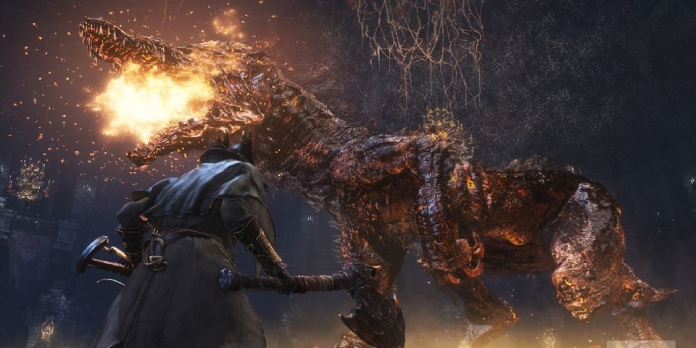 According to new rumours, a PC port of Bloodborne is in the works, and a console remasters and a full-fledged sequel to the gothic horror game.

A well-known gaming industry insider claims that a PC port of Bloodborne is in the works, which backs up reports that Bluepoint Games is working on a console remaster and sequel. In 2015, FromSoftware released a gothic action role-playing game that featured fast-paced combat and a Lovecraftian world. According to recent rumours, Bluepoint Games is working on a sequel to Bloodborne and remastering the original game for next-generation consoles.

While the “Soulsborne” franchise has grown to include games like Bloodborne, Sekiro: Shadows Die Twice, and the upcoming Elden Ring, it started with Demon’s Souls in 2009. The PlayStation 3 game featured punishing combat and enthralling lore, paving the way for Dark Souls and Bloodborne sequels. Bluepoint Games, known for remastering Demon’s Souls and fellow PlayStation title Shadow of the Colossus, recently remade this beloved game for the PlayStation 5. PlayStation officially acquired bluepoint Games in September 2021, and while the studio’s next project is still unknown, rumours suggest it will be a remaster and sequel to Bloodborne.

According to a new rumour spread by Wccftech, a PC port of Bloodborne has already been completed. Special Nick, a well-known industry insider, shared the unverified information on his YouTube channel, The XboxEra Podcast. Along with confirming the completion of a Bloodborne PC port, Shpeshal Nick also confirms that Bluepoint Games is working on both a remaster and a sequel to Bloodborne, giving the rumour more credence. Bloodborne is currently available on PC via PlayStation Now, and the game is extremely popular, so a full PC port would almost certainly be a success.

Bloodborne, the PlayStation 4-exclusive sequel to FromSoftware’s Demon’s Souls and Dark Souls, manages to twist the previous games’ role-playing formula strategically. Fast-paced encounters, where aggression and speed are rewarded, have replaced slow and often cumbersome combat. The dark fantasy settings of the previous games were replaced by the unique city of Yharnam, a gothic town full of monsters and eldritch secrets. Bloodborne’s combat was also given depth by many versatile trick weapons, allowing for a variety of different character builds. This evolution of the “Soulsborne” formula appears to have influenced the game’s continued popularity and demand for a sequel.

Shpeshal Nick has added his name to the growing list of leakers claiming new Bloodborne content is on the way. Fans of the gothic role-playing game may have a lot to look forward to in the future, thanks to a PC port, a console remaster, and a full-fledged sequel. For the time being, none of these rumours has been confirmed, and Bluepoint Games’ claims that they are working on an original title could indicate that a Bloodborne sequel is unlikely. In either case, those with a PlayStation 4 console can still play the Lovecraftian action-adventure.

Bloodborne is available on PS4.