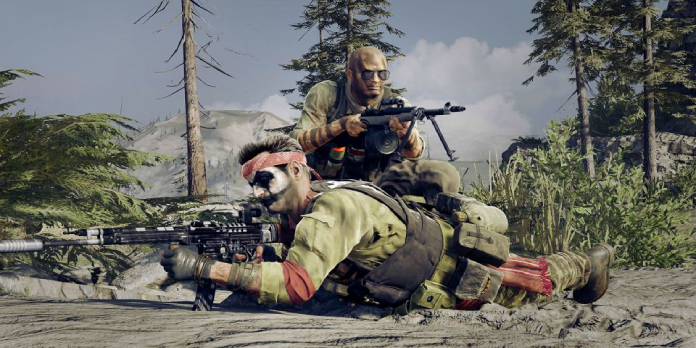 Call of Duty sent out a cryptic message to its fans, reminding them of its dedication to preventing cheating in its games and promising further information tomorrow.

The California Department of Fair Employment and Housing has filed a lawsuit against Call of Duty developer Activision Blizzard, alleging that the firm has engaged in abuse, discrimination, and retaliation against its female employees. Activision Blizzard has refuted the charges. As additional material becomes available, the complete details of the Activision Blizzard lawsuit (content warning: rape, suicide, abuse, harassment) are updated.

Cheaters aren’t fun, and if Call of Duty’s cryptic warning to hackers sent out today is any indicator, game developers are just as fed up with them as players. Hackers frequently seek an unfair advantage in competitive games, and Call of Duty is one of the most popular competitive shooter genres. Hence the series’ games commonly attract cheaters. Vanguard hackers can already finish battles with a single button push, although the game hasn’t even been released yet. As a result, the Call of Duty franchise has made a point of emphasizing its commitment to leveling the playing field on multiple occasions.

Hacks come in various forms, and some cheaters in Call of Duty utilize aimbots to gain a competitive advantage. While some of these hackers are discovered and banned, others can slip through the cracks. Players do everything they can to report cheaters they suspect (or know are cheating), and developers try to introduce new features or systems to catch cheating before it ruins the experience of any honest user. Activision revealed a supposed anti-cheat mechanism was in the works for both Call of Duty: Warzone and Call of Duty: Vanguard a few months ago, which could help with this long-standing issue.

More details on this new system have been scarce, but the Call of Duty Twitter account has now sent a cryptic message promising that more information will be released soon. While the letter is primarily a condemnation of cheaters and the negative impact on games, it also contains “See you tomorrow,” implying some official announcement. Presumably, this is the anti-cheat technology that Activision announced, albeit the tweet’s ominous tone raises some doubts about what will happen tomorrow. Meanwhile, hackers caught in Warzone will be barred from Vanguard, which should alleviate the problem.

The Call of Duty games developers appear to be doing everything they can by banning cheaters en masse. Anti-cheat software, in whatever form it takes, should help developers in their fight. Anti-cheat measures, on the other hand, might occasionally have an impact on gameplay. Anti-piracy software, such as Denuvo, has received a lot of attention, and it may also be harming game performance. Several titles, including recent classics like Deathloop, have received negative reviews on Steam, which users appear to attribute to Denuvo.

This riddle will be solved tomorrow when Call of Duty makes the announcement that it promised. Given that Call of Duty: Vanguard is releasing at a busy period for other shooters, including new Halo and Battlefield titles, the game’s ease of play will probably set it apart. However, if cheaters are allowed to flourish, Call of Duty lobbies may get a little empty.