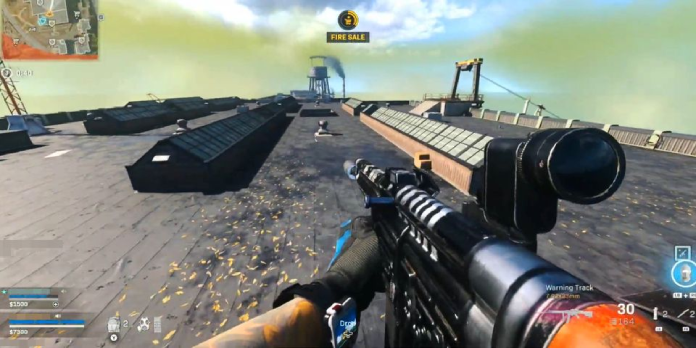 After the Season 6 update, Call of Duty: Vanguard weapons and attachments appeared in Warzone, quickly patched.

Also See:  Why IPVanish Should Be Your VPN of Choice in 2021

Warzone Season Six will end with the removal of Verdansk, according to Raven Software. This is expected to happen by the end of 2021. WW2 weapons and attachments will be added to Warzone after Call of Duty: Vanguard is released on November 5. In Warzone, Verdansk will be replaced with a new WW2-themed Pacific map, complete with entirely new POIs and a lush island to explore. Season Six brought a slew of new bugs, as well as one oversight that allowed players to preview new Vanguard weapons.

Call of Duty: Modern Warfare JGOD, a YouTuber, claims to have been able to equip and use a Call of Duty: Vanguard StG 44 in Warzone using a simple trick, citing video evidence on Twitter (via PC Gamer). Two unannounced weapons from the next Call of Duty were reportedly included in the Season 6 update. The M1 Garand and the German StG 44 were visible in the Warzone Gunsmith, but Raven appears to have quickly removed them after the error was discovered online. The items had descriptions and a tag confirming that they were from Call of Duty: Vanguard, but they couldn’t be used in loadouts. Reports from ModernWarzone The glitch also revealed that the weapons have a total of ten attachments, which appears to confirm Vanguard’s Gunsmith’s suspected figure. The weapons should be available after the release of Call of Duty: Vanguard, though the exact date of Warzone integration is unknown.

10 attachments have been seemingly confirmed for #Vanguard weapons in #Warzone! This has been speculated about a lot beforehand. @MavriqGG was able to see this in a Warzone private match lobby! pic.twitter.com/b0f4J3wfmv

Although the error provided an early look at new guns coming to Call of Duty: Warzone, players now appear unable to duplicate JGOD’s and other players’ success in locating and using the unreleased weapons. The battle royale is known for its bugs, so it’s no surprise that the StG 44 and M1 Garand, along with other Call of Duty Season Six update bugs, fell through the cracks.

Also See:  OMG USB-C to Lightning cable is a keylogger in disguise

Season Six of Warzone appears to be a fitting conclusion to Verdansk and the battle royale’s second year. The road to the Warzone’s integration with Call of Duty: Vanguard appears to be clear, and the apparent working readiness of a couple of the new game’s guns may be reassuring – even if the weapons weren’t supposed to show up so soon.

Xbox Creator thought “It was over” when “Xbox One” came out

Due to a strange gate glitch, a GTA Online player was...