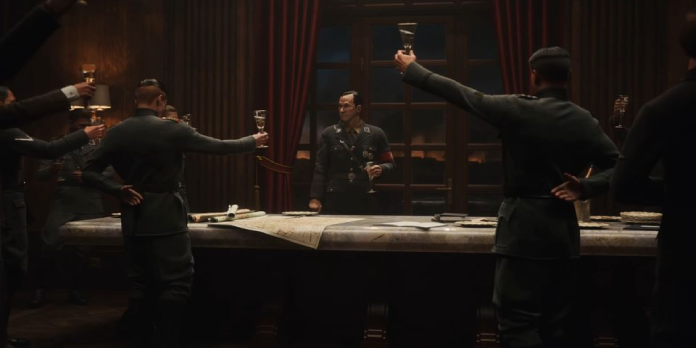 The first campaign trailer for Call of Duty: Vanguard has been released, and it features new Allied heroes, a treacherous Nazi plot, and plenty of explosive action.

The California Department of Fair Employment and Housing has filed a lawsuit against Call of Duty publisher Activision Blizzard, alleging that the company has engaged in abuse, discrimination, and retaliation against its female employees. Activision Blizzard has refuted the allegations. As new information becomes available, the full details of the Activision Blizzard lawsuit (content warning: rape, suicide, abuse, harassment) are updated.

A new campaign trailer for Call of Duty: Vanguard reveals more about the four characters who make up the secret international special forces group Vanguard, as well as some of the story’s bombastic World War II action. Call of Duty: Vanguard follows a diverse group in their efforts to prevent Nazi Germany from resurrecting after Adolf Hitler’s death and the Battle of Berlin, as rumoured before its release.

Developer Since showing a gameplay demo of Call of Duty: Vanguard at Gamescom 2021, Sledgehammer Games hasn’t revealed much about the campaign. Lt. Polina Petrova, a Soviet Russian sniper, stalked Nazi soldiers in the ruins of Stalingrad in the demo. Petrova is one of four playable heroes in Vanguard, each of whom specialises in a different type of combat or operation. Based on the characters and locations revealed thus far, Vanguard’s campaign could be one of the most diverse in the Call of Duty franchise, allowing for various playstyles and set pieces to keep each level fresh.

The latest Call of Duty: Vanguard trailer goes into more detail about the plot. The game’s initial reveal trailer only scratched the surface of the in-universe plot. Still, this new trailer delves deeper into the Allied characters and a Nazi plot to prolong WWII and establish a Fourth Reich. Although the heroes in Call of Duty: Vanguard are based on real-life soldiers, the game is still a work of fiction rather than a direct adaptation of events during the conflict, as was the case in the previous Call of Duty games set during the war.

Based on the trailer, the campaign appears to keep the chaotic, cinematic elements that the series is known for. This will be Sledgehammer’s second WW2-era game, though the developer had initially planned to release Call of Duty: Black Ops Cold War. However, it’s rumoured that Sledgehammer dropped out of the project in 2019 and was replaced by Treyarch, who reworked it into a Black Ops subseries game. Sledgehammer then reportedly started work on Call of Duty: Vanguard for a 2021 release, giving the studio only two years to develop the game instead of the franchise’s usual three.

Sledgehammer recently allowed players to interact with the game, but this disappointed some. Hackers infiltrated the Call of Duty: Vanguard beta, a problem that has plagued the series for the past few years. Although publisher Activision and Warzone developer Raven Software have promised a new anti-cheat system for Vanguard, some players are concerned that it will not be enough to keep cheaters at bay.

How to: Fix Cuphead Issues and Errors on Windows 10

Sony’s PlayStation 5 console is one step closer to being hacked...