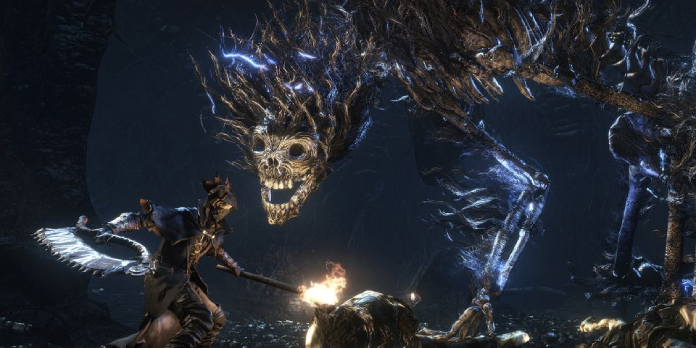 Bluepoint Games, which recently remade Demon’s Souls and was acquired by PlayStation, could now be reviving FromSoftware’s Bloodborne.

Beginning with Demon’s Souls on the PlayStation 3, FromSoftware has been credited as the creator of Souls-like games. The first Soulsborne game established several aspects of the genre, including punishing gameplay and subtle but profound lore. The Dark Souls trilogy, Sekiro: Shadows Die Twice, and the upcoming Elden Ring followed Demon’s Souls, but the PS4-exclusive Bloodborne is perhaps the studio’s most beloved game. Bloodborne stands out among FromSoftware’s other games thanks to its aggressive combat and gothic horror setting and rumours of a remaster or sequel show that demand for its unique world remains high.

Also See:  Luke Is Added To The Street Fighter 5 Roster In A New Update

According to a TechSpot report, Bluepoint Games is working on a Bloodborne remaster and sequel. The rumour comes from Colin Moriarty, a video game industry writer and podcaster. He was made aware of Insomniac’s development of Marvel’s Wolverine before its official announcement at the PlayStation Showcase 2021. According to Moriarty, the now-owned Bluepoint Games is working on a PS5 remaster of Bloodborne. The studio is expected to begin work on a full sequel to the classic game after the launch. Moriarty says they’ll try to double-check the information with other sources. Millie Amand, a fellow Twitter leaker, has cryptically hinted that the rumour might be true.

I'm hearing through the grapevine Bluepoint may be on a journey to Yharnam.

The recent and successful Demon’s Souls remake by Bluepoint Games has already established a clear link between Bluepoint Games and FromSoftware. However, president Marco Thrush announced shortly after the studio’s acquisition by PlayStation that the team would be working on Bluepoint’s first original game since the PS3 era. This appears to refute Colin Moriarty’s claims, as remastering Bloodborne is not the same as creating a new game. Bloodborne 2, on the other hand, would be an original work even if it wasn’t an original IP, so perhaps Thrush was referring to that title instead.

Despite FromSoftware’s growing library of critically acclaimed games, Bloodborne is frequently regarded as the best of the bunch. In the eyes of some players, the game stands out because of its large arsenal of unique transforming weapons, ambitious Lovecraftian setting, and memorably intense bosses. Bluepoint Games has also earned a positive reputation, with PlayStation-exclusive remakes of classic Japanese games like Shadow of the Colossus and Demon’s Souls demonstrating a deep understanding of the genre. So while Bluepoint’s involvement with Bloodborne is just a rumour, it’s difficult to argue that the studio wouldn’t be a good fit for a Bloodborne sequel.

Minecraft Biome Display Shows Sunrise In Three Worlds At Once