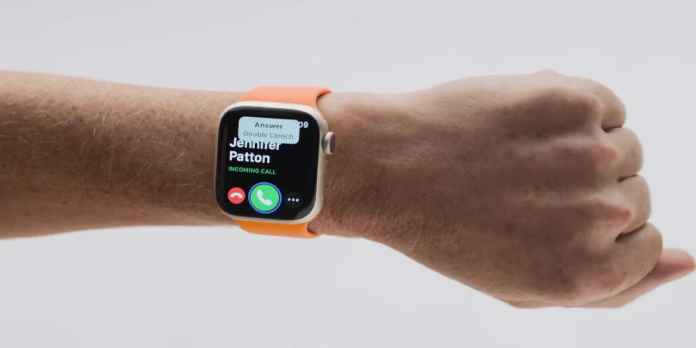 Like most consumer goods, smartwatches are developed and designed for the vast majority of people. Smartwatches, like their smartphone relatives, are largely touch-centric gadgets. Despite being worn on only one wrist, the wristwatch frequently necessitates using the opposite arm to navigate the user interface. Thus voice control only goes so far. Fortunately, the Apple Watch incorporates accessibility capabilities that allow users to control the wristwatch with only one hand, giving them near-magical control abilities.

In principle, navigating a smartwatch is much easier than navigating a smartphone. The smaller screen limits the amount of content you can fit inside, as well as the number of UI elements you can interact with. That means all interactions may be reduced to just a few acts, which Apple has narrowed down to just four.

The Apple Watch’s AssistiveTouch feature can be turned on or off directly from the device. On the other hand, most users will probably prefer to do it using the iPhone Watch app, which provides additional settings in addition to enabling and removing the capability. For example, it allows you to choose which motions correspond to specific actions, allowing you to control the Apple Watch with just one hand.

It’s pretty simple to remember because there are only four gestures to pick from. A pinching motion moves forward through a list, but a double-pinch gesture moves backwards through the list. A double-clench motion is mapped to the Action menu by default, whereas clenching your fist is analogous to a tap, which could pick an item or an action.

They are using the Apple Watch with only one hand with these four motions as possible, ensuring that folks with physical limitations are not left out of the wristwatch party. As with any accessibility feature, AssistiveTouch can benefit even users who have full use of both hands, making it easier to navigate the device when one or both are busy. Only the Apple Watch SE and Apple Watch Series 6 or later support AssistiveTouch, whereas the Watch app options require iOS 15 or later.