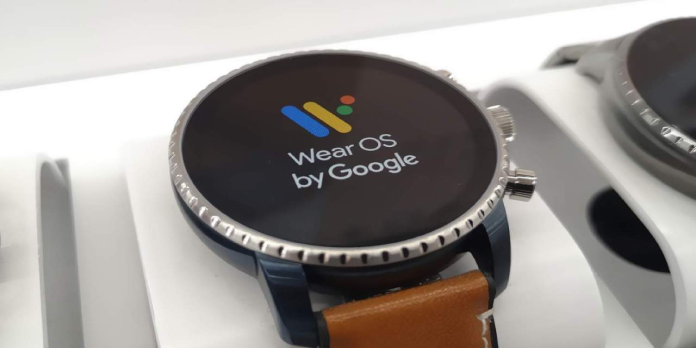 Insiders suggest that Google is working on its wearable, which might be released next year. According to the insiders, Google’s wristwatch — dubbed “Pixel Watch” for a long time — would be geared to compete with the Apple Watch, potentially providing Wear OS the boost it needs to reclaim market attention.

Details about the Pixel Watch have been leaked.

According to Insider, Google plans to release its first smartwatch under its brand in 2022. According to the report, the information comes from unidentified corporate personnel. Google has not commented on the supposed model or its details, as it has with each earlier leak.

According to the insiders, Google is working on a wristwatch that will contain the latest Wear OS capabilities and compete with the Apple Watch. We don’t yet know the name of this rumored model, but insiders claim Google has assigned its watch the codename “Rohan.”

According to reports, Rohan will have a spherical appearance similar to Samsung’s Galaxy Watch 4. This would be in contrast to Apple’s Watch and Fitbit’s similar-looking wearables, both of which are now part of Google’s larger portfolio.

The insider also claims to have seen renders of the watch that show no real bezel. Furthermore, it appears that a prototype version of Rohan exists, as Google employees were permitted to use the device for feedback purposes.

Other rumored features include:

The claim that Rohan may need to be charged daily, at least according to reported testing comments, is less thrilling, though this might alter before the final device is released.

Why is Pixel Watch important?

It’s not the first time the codename Rohan has been linked to a Google-branded smartwatch. Front Page Tech, a YouTube channel, released a video in April with supposed renders of the device’s design and claims that it has the internal name Rohan and the product name Google Pixel Watch.

Google’s Wear OS has been around for a while, but it doesn’t get much attention from the general public, with only a small share of the wristwatch market. ACCORDING TO COUNTERPOINT RESEARCH, wear OS accounted for only 17.3% of wearable shipments in the third quarter of 2021.

Though still less than Apple’s 21.8 percent, this statistic indicates a significant increase over the 3.2 percent market share Google’s platform possessed in the same period last year. Analysts believe Samsung is to blame for the uptick in sales; it recently integrated its Tizen platform with Wear OS.

While the partnership has benefited Google, it has also prompted questions about whether Wear OS can effectively compete with Apple-based only on Samsung’s popularity. That’s where rumors regarding a Google-branded smartwatch enter the picture. Even though Samsung makes amazing hardware, Google can offer more than simply a stylish smartphone.

The corporation might, for example, release its own-brand smartwatch with exclusive features, similar to what it does with its Pixel smartphones. Those capabilities would most certainly make their way to other newer Wear OS watches in the future, but that would take time, and consumers aren’t usually fans of waiting. This could help boost sales, at least at first.

All indications lead to a smartwatch repetition of well-known history. In the Android world, Google’s Pixel smartphones are still relatively young, and if you go back a decade, premium phones like the Samsung Galaxy Nexus were sporting the latest and greatest versions of the mobile OS.

Google currently offers the best Android features on its Pixel smartphones, which has enticed some buyers away from Samsung and other large manufacturers. However, it’s unlikely that Google will dominate the wristwatch industry on its own, as evidenced by the Pixel smartphone brand.

Despite receiving excellent marks from critics, Google’s Pixel devices do not dominate the smartphone market. Statista reported the findings of a global poll in August, which revealed that just a small fraction of consumers in important areas use Google’s handsets.

In Canada, the rates are 4.2 percent, 3.8 percent in the United States, and barely 2.4 percent in India. Some have speculated that Google’s (relatively) poor Pixel marketing is to blame for the split, though even that could be part of a larger scheme (via Wharton).

Only time will tell if the Pixel Watch offers Google the boost it needs to build on the platform Samsung laid earlier this year. According to the insiders, Google is aiming for a Spring 2022 debut, but plans can alter, implying that feedback from testers will play a key role in choosing when the wearable will hit the market.