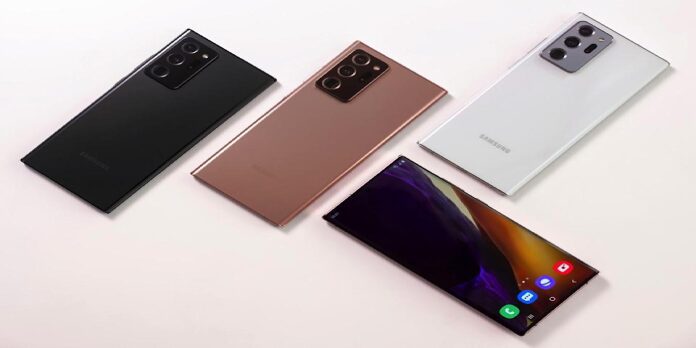 As Galaxy Note fans needed more cause to be pessimistic this year, further news broke over the weekend that may be the final nail in the coffin of the fan-favorite. The Galaxy Note range has been said to be on its way out, especially since it didn’t make a showing this year. With the Galaxy S22 Ultra likely to take its place, the news that Samsung is ending production of Galaxy Note phones is both predictable and disappointing for Galaxy Note fans.

Of course, nothing is official just yet, as it comes from a familiar anonymous industry source. Samsung is ending the manufacture of the Galaxy Note series this year, according to ETnews, which has all the makings of a doomsday prediction for the much-loved series. Samsung does, however, have a window of opportunity to shift course, at least until 2022.

According to the source, Samsung is discontinuing Galaxy Note production to make room for the Galaxy Z Fold and Z Flip. The capacity that would have been set aside for the Galaxy Note would instead be used to produce these foldable phones. It makes sense considering that there is no Galaxy Note this year, but it also means that no new Galaxy Note 20 units will be produced next year.

Samsung’s 2022 production objectives, which were just disclosed, complicate matters for Galaxy Note fans. According to unofficial information, Samsung aims to produce 13 million Galaxy Z Fold and Galaxy Z Flip phones, which is more than it did for the Galaxy Note line in the previous two years. Those plans don’t appear to have room for another Galaxy Note, implying that it will be a no-show next year as well.

Given the persistent component shortages, it’s reasonable that Samsung will focus its energies on one smartphone line or the other. For better or worse, the business is counting on foldable next year, notably the Galaxy Z Flip 4, in an attempt to mainstream the still specialized gadgets. There’s also the possibility that the Galaxy S22 Ultra may essentially replace the Galaxy Note in all aspects save the name.

Understandably, many Galaxy Note users are upset by these allegations, particularly the suggestion that the Galaxy Z Fold is being groomed to replace their beloved stylus-wielding phablet. To be sure, the foldable phone still has a long way to go before it can be considered a Galaxy Note replacement, especially if the Galaxy Z Fold 4 lacks a mechanism for storing the S Pen. In the interim, the Galaxy S22 Ultra may provide a remedy for Galaxy Note lovers, ticking all the right boxes and putting the Galaxy Note to rest.