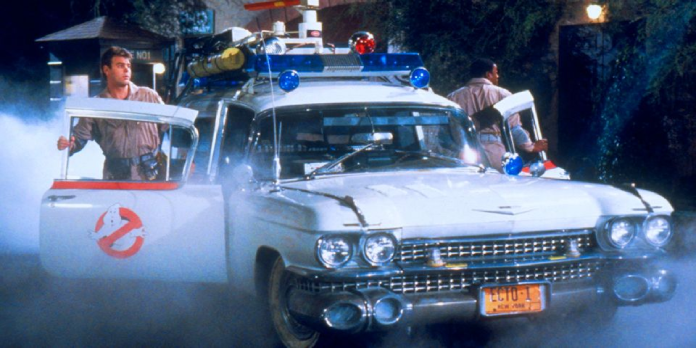 A Minecraft user has once again wowed the world with their inventiveness by creating an in-game replica of the Ghostbusters crew’s Ecto-1 automobile. Even though Minecraft is a decade old, it remains a hugely popular game with a lively community. This is due, in part, to Mojang’s commitment to providing new material for the game regularly and the game’s users continuously motivating one another to new heights. The Caves & Cliffs Update Part 2 was the most recent update to Minecraft, and it provided essential modifications that have served to shake up the game and keep it new.

Amazing feats of craftsmanship, construction, and inventiveness are nothing new on the Minecraft subreddit, but fresh builds and ideas continue to amaze Minecraft fans every day. A Minecraft user created a modified skybox last week that allowed them to construct on a Halo ring in Minecraft, and since then, other outstanding builds have circulated the internet. The game may have started as a simple survival game, but it has evolved into a creative outlet for many.

ToyFreddyFan2007YT, a Reddit member, has shared their Ecto-1 construction with the internet. Even down to the characteristic tailfins, the vehicle is meticulously detailed. Even though October is done and Halloween has passed, the Ghostbusters insignia decal on the driver’s side door is sure to put anyone in a frightening mood. However, this isn’t the first time the Ecto-1 has appeared in popular games recently; earlier this week, a GTA Online user savagely replicated Ghostbusters in their style.

Built the Ecto-1 today from Minecraft

The original Ecto-1 was a work-in-progress. When Ray originally bought the car, it needed extensive repairs, and after sustaining damage while chasing a ghost across New York City, it was reconstructed as the Ecto-1a. Even the original Ecto-1’s roof-rack gadgets are in its Minecraft reproduction, though they are understandably difficult to distinguish. The car has the Ecto-1’s sirens, lights, and general design and is otherwise very similar to the Ghostbusters’ vehicle, down to the licence plate and back-bent antenna.

Building creations inspired by real-life or pop culture has long been a Minecraft tradition; at this point, the real difficulty is figuring out what the Minecraft community can’t construct. The game allows players to accomplish extraordinary feats, creating the Seattle Space Needle in Minecraft. Minecraft, despite its age, provides a platform for users to test their creativity and inventiveness. Minecraft players have repeatedly demonstrated that there is no limit (literally) to what they can achieve if they set their minds to it.