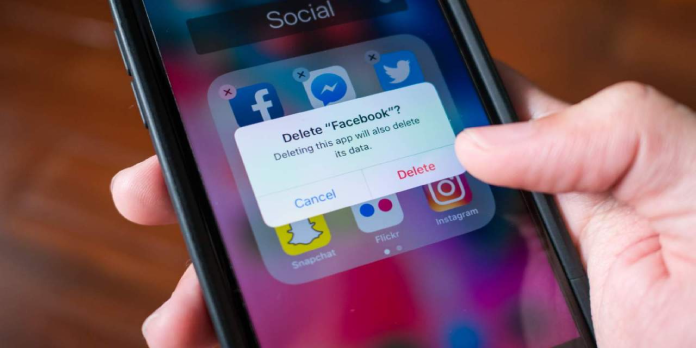 Although Facebook is the 800-pound gorilla of social media networks, its commercial policies drive many users away. Facebook has been embroiled in many scandals and issues in recent years and has become synonymous with privacy violations. The Cambridge Analytica incident was one of the most well-known, with tens of millions of users’ personal information being utilized for political purposes (via The New York Times). Users also realize that, like many other free services, the user is the product. Facebook doesn’t give its services out of a sense of altruism; it relies on collecting, processing, and monetizing as much data as possible from its users.

Beyond privacy concerns, there are also difficulties with misinformation and toxic conduct, which have caused many users to conclude that it is time to leave the network. Although Facebook allows users to disable or delete their accounts, there are significant distinctions between the two alternatives.

Disabling an account is a smart first step if you want to get away from Facebook. It does a lot of things. Other people won’t be able to search up your account, see your photos, or follow your timeline if you disable it. Most items, such as comments on other people’s images, will also be removed from your name. However, the comment itself will remain. Disabled accounts can still utilize Messenger, according to the company’s information.

Most importantly, when an account is disabled, Facebook keeps all of your data. Facebook wants you to return to the platform, not forsake it altogether. As a result, the company stores your information, ready for your return.

As a result, while temporarily suspending an account may be a viable alternative for someone seeking a break from Facebook, it is precisely that – a temporary option, not a permanent solution.

People who want to end their relationship with Facebook should delete their accounts.

Your ties to Facebook’s core platform are severed when you delete an account. That means you won’t be able to access Messenger, your images, or any pages you’ve made and overseen. Facebook will also provide you the option to download a copy of your data, including any pictures you’ve submitted, throughout the deletion process.

When you remove a Facebook account, your information will be deleted as well, though not immediately. When you choose to delete your account, Facebook takes 30 days to execute the request, during which time your account is effectively disabled, precisely as if you had deactivated it manually. This also implies that you have a 30-day grace period to cancel your account if you change your mind. However, your account and information should be removed from Facebook’s servers after 30 days.

If you’re genuinely concerned about Facebook collecting, monetizing, or sharing your information with other firms, deletion is the way to go.

Google Apps on iOS are about to use Apple’s UIKit –...