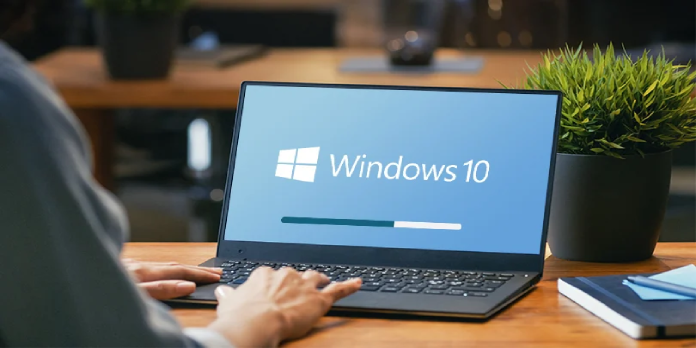 Here we can see, “Why You Should Upgrade Your Operating System to Windows 10”

For months, everyone has been buzzing about Windows 10, and new information and updates on the system are released every day.

With over 5 million insiders, the Windows 10 Technical Preview is already a huge hit. Many more millions of people are using the stable Windows 10 OS versions right now.

But, if you’re still undecided about whether or not you should upgrade to Windows 10, we’ll go over the most crucial features and reasons to do so.

Also See:  The Samsung Galaxy S23 Ultra could be the first phone with a 200MP camera

What are the benefits of upgrading to Windows 10?

1. Differences in the Start Menu

For decades, the Start menu was one of the most identifiable elements of Windows operating systems, so Microsoft‘s decision to remove it in Windows 8 was a significant step.

On the other hand, Windows users were not prepared for such a transition. They were dissatisfied with the new Metro environment, and many users expressed their dissatisfaction with the lack of a start menu.

Microsoft was well aware of the situation and decided to grant millions of customers’ wishes by restoring the start menu in the next Windows.

But what are you going to do with all those Metro-themed apps? The corporation couldn’t simply discard them.

So Microsoft came up with a compromise, combining the old start menu with Metro apps to give Windows 10 a fresh new design.

The restoration of the start menu to Windows platforms was a wise decision by Microsoft, as it suited customers who were opposed to the start screen and those who loved Metro apps.

Apart from the start menu, one of the most significant features of Windows 10 is Cortana.

Microsoft was the last of the main manufacturers to offer a virtual assistant for their mobile platform when it unveiled Cortana with the Windows Phone 8.1 update.

However, Microsoft was the first to bring a personal assistant to PC platforms, which is a notable achievement.

You can use Cortana to search the web and your computer’s local files and folders.

It’s also a highly adjustable and personalized virtual assistant, as it learns what you enjoy and tailors material to your preferences.

Cortana will also be integrated with Microsoft’s new browser, Project Spartan or Edge, allowing you to use its assistance right on the webpage while browsing.

Cortana is a highly valuable assistant; therefore if you decide to disable it, we can aid you with reinstalling it.

Windows 10 includes a brand-new Task Manager and the ability to create numerous desktops, so Cortana isn’t the only thing Microsoft borrowed from mobile devices.

Users can utilize the virtual desktops capability to create several desktops and act as if they’re working on multiple monitors.

If you wish to work with various programs simultaneously, this capability could be incredibly handy.

The Task view feature, which works similarly to the Task view on mobile devices, allows us to conveniently control our tasks.

The task view button is located next to the search bar in the taskbar however it may also be accessed by using the alt + tab buttons.

With this task manager, you’ll be able to quickly move between jobs, manage them, and close them, boosting Windows 10 users’ productivity.

With Windows 10, Microsoft is preparing a slew of exciting new features for gamers.

Essentially, gaming in Windows 10 will revolve around the new Xbox app, which has a lot of capabilities.

You’ll be able to communicate with pals, monitor your activity stream, and check leaderboards, among other things.

The Xbox app will eventually allow you to play Xbox games on PC with pals who are also playing the same game on the console.

This is just another enhancement to Microsoft’s cross-platform Windows 10 strategy.

In addition, we anticipate the release of DirectX 12 for Windows 10. The new DirectX will undoubtedly improve game graphics and provide a fresh experience to PC players with graphics cards capable of supporting it.

5. Apps with many windows

There are many great Metro apps in the Store, but many dislike the fact that they take up the entire screen.

As a result, many users objected to this feature, much as they did to the start menu. Fortunately, Microsoft was able to resolve this issue as well.

Of course, the business couldn’t simply remove all those apps from the store because they took a lot of time and money to develop.

As a result, Microsoft chose to re-design them, and they’re now available in windowed mode, just like conventional programs.

This is considerably better for PC users, as previous app designs were not desktop-friendly, and some users struggled to utilize them.

However, the size of an app’s window on Windows 10 is completely customizable, so you can change it to your liking.

Microsoft appears to have created a habit of ushering in a new era with every latest operating system.

After nearly two decades of service, Microsoft retired Internet Explorer, much as it did with the start menu in Windows 8 (which was thankfully revived by the firm).

In Windows 10, Internet Explorer will be replaced by Project Spartan/Edge, a new Microsoft browser.

This decision by Microsoft could be beneficial because, while Internet Explorer is the most popular browser on the planet, it isn’t known for its speed.

For years, people have mocked Internet Explorer because it is slower than competitors, and offering a new browser might pique users’ interest positively.

We can’t say much about the performance of Microsoft Edge because, like the system itself, it’s still in early testing, but it does have some interesting new capabilities.

Other Microsoft products are also connected, such as the personal assistant Cortana, which will improve your search results, and Microsoft OneDrive.

It also offers a new Reading View option, which will give the reading experience a new perspective.

Microsoft has high expectations for Windows 10, which is the company’s most inventive operating system to date.

It blends elements from past Windows versions with new features, so whether you liked Windows 8 or not, you’ll enjoy Windows 10, which has a lot to offer.

Microsoft has also stated that Windows 10 will be the final version of Windows, so you should be excited to be a part of such a monumental and historical endeavour.

So, should you go ahead and download it? When it comes to computing, the general guideline is that you should maintain your system up to date at all times so that all of your components and programmes may share the same technical foundation and security standards.

2. What are the benefits of upgrading your operating system?

Your test and measurement system will be more secure and easier to manage with an updated operating system, whether it was built using off-the-shelf or proprietary technologies (OS). Upgrades are necessary for three reasons: cyber security, product obsolescence, and increased capability.

3. What are the benefits of upgrading to Windows 10 from Windows 7?

A direct upgrade from Windows 7 to 10 may provide certain benefits, depending on your hardware. Smoother and occasionally faster operations, more efficient memory and disc space consumption, enhanced security (SmartScreen, Windows Defender, encryption), and the integration of OneDrive online storage are just a few of the benefits.

Also See:  A third-party app for Windows 11 makes it too easy to install Android APKs

4. What makes Windows 10 a better operating system than Linux?

What makes Windows 10 a better operating system than Linux? from windows

Windows 10, should I upgrade? from buildapc

How to: Fix Microsoft Teams Not Appearing in Outlook

How to play DVD Video_TS folder files in Windows 10