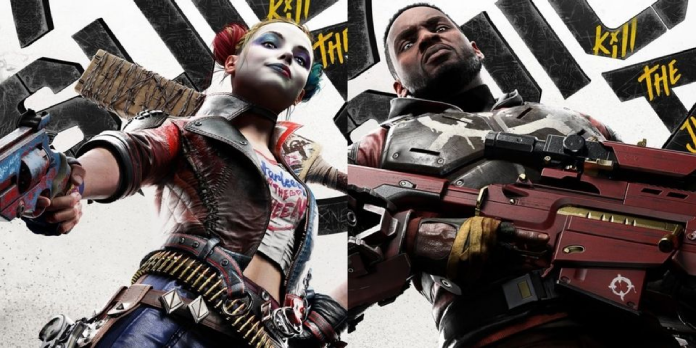 Rocksteady has released new art for all four characters ahead of Suicide Squad: Kill the Justice League’s appearance at DC FanDome.

With the DC FanDome just around the corner, several Rocksteady developers have shared new character art for the main characters in Suicide Squad: Kill the Justice League. The digital DC FanDome event, which WB and DC plan to host next weekend on Saturday, October 16, will reveal new details about Kill the Justice League. WB Games Montréal’s latest project, Gotham Knights, will also be featured during the upcoming festivities.

Captain Boomerang, Deadshot, Harley Quinn, and King Shark are the four members of Task Force X who will appear in Rocksteady’s Suicide Squad game. Although little of the title has been shown since the original reveal trailer, which premiered at DC FanDome in August 2020, each member was featured in it. However, since WB confirmed Kill the Justice League’s upcoming DC FanDome appearance, some new material has surfaced. The official Suicide Squad key art was the first of these teases. In addition, the most recent trailer for the event included a couple of new clips with members of the Squad front and center. Fans now have something else to look forward to.

So me and some other lucky members of the team @rocksteadygames have been given solo art for the squad to share. I'll start. Here's the Man Who Never Misses. Check out that disappointed dad energy. #SuicideSquadgame #DCFanDome pic.twitter.com/QsfaDSo4Hz

IT'S HARLEY QUINN, BABY! I'm so excited to share this fierce image of Harley and can't wait for you all to meet our badass and headstrong QUEEN in SSKTJL! #SuicideSquadGame #DCFanDome pic.twitter.com/dt5Sdx4avU

Raise a tinnie for the one, the only, Captain Boomerang! Absolutely HONOURED to show you all my favourite speedy boy 💜✨🪃🪃🪃🪃🪃 #SuicideSquadgame #DCFanDome pic.twitter.com/W8pHBFAQ9N

ALL HAIL THE KING! I’m happy to be ambassador for my favourite of the four, the fish with the most charming smile in the whole world – King Shark! #SuicideSquadGame #DCFanDome pic.twitter.com/6u1O9cnaCm

Each image features a white background with the game’s black and yellow logo, similar to the official key art released by Rocksteady at the end of September. Despite the drastic differences between each character, the shots are still quite distinctive. (However, they all wear bandoliers, including King Shark, who wields only a large knife in the image above.)

Also See:  What to Do if Bluetooth Is Not Working in Windows 10

Kill the Justice League is set in the same universe as the Arkham series and follows the Suicide Squad to track down a new set of targets. At least one of those targets will be the Last Son of Krypton, as shown in the first trailer.

On an unspecified date in 2022, Suicide Squad: Kill the Justice League will be released on PC, PS5, and Xbox Series X|S platforms.

Dayz Packet Loss: Fix It in a Few Easy Steps