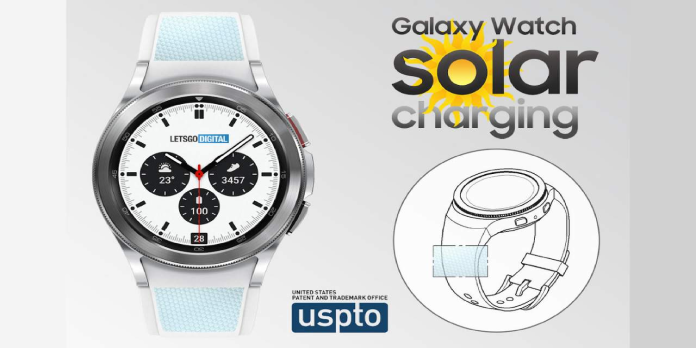 When the primary modern, fully-featured smartwatches launched almost eight years ago, they were mostly ridiculed for the necessity to recharge on a day today. Even Apple’s first Apple Watch got tons of flak for that, and therefore the smartwatch industry hasn’t exactly made leaps in battery life. Mirroring the smartphone market, smartwatch makers have resorted to indirect strategies to either reduce power consumption or speed up charging. Still, a Samsung patent wants to form that moot by having the smartwatch constantly charging even while on your wrist.

Smartwatches have even bigger battery problems than smartphones due to their smaller sizes. Smartwatches have gotten more powerful and are adding new sensors that practically wipe out energy efficiency improvements that new processors and software may bring. While there are ways to scale back battery consumption through secondary processors or low-power displays, it might still be better if the devices didn’t get to be recharged in the least, or a minimum of nightly.

A newly granted patent filed in 2019 reveals Samsung’s almost ingenious solution. In essence, the smartwatch is usually charging, or a minimum of has backup batteries that are always being charged and prepared to kick in when the smartwatch’s main power goes low. These batteries are located within the straps and are constantly being charged through solar or maybe fluorescent light.

According to LetsGoDigital, the patent involves a polymer with quantum dots, an equivalent quantum dots technology for its QLED TVs and a few new laptops. These capture light that gets passed to solar cells that then converts it into electricity. The structures are located on each side of the case so that either one or both can receive light, regardless of how the smartwatch is worn.

While the technology sounds attractive, there’s no assurance that Samsung will be using it on the Galaxy Watch 5 next year or any Galaxy await that matter. One can only hope that it does, though, because it might be a simpler solution to the battery problem, a minimum of until more advanced battery technologies are developed.