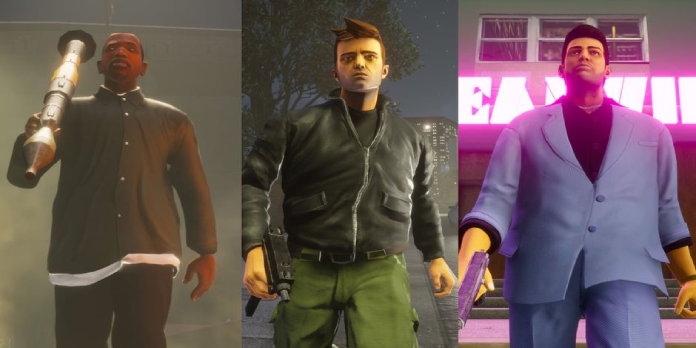 A Rockstar producer explains when gamers call attention to areas of the new GTA trilogy remaster with which they are dissatisfied.

Grand Theft Auto: The Definitive Edition is out today on a few platforms, and Rockstar has previously spoken about the numerous changes that come with upgrading earlier titles. Fans are already disappointed in the upcoming GTA trilogy due to leaked video, so an explanation may go a long way toward calming frayed nerves.

The GTA remaster trilogy was unveiled only last month to commemorate the 20th anniversary of Grand Theft Auto 3. Grand Theft Auto 3, Grand Theft Auto: Vice City, and Grand Theft Auto: San Andreas are all remastered. The games have been upgraded for current times, including higher-resolution visuals and gameplay modifications since they are remastered. Some of these improvements have been positively accepted by the community, but others have raised concerns, as with any remaster. Fans were eager to point up faults and inconsistencies in the GTA remasters when pictures of the trilogy remaster emerged a week ago. Now, that critique has morphed into a general dislike for the remaster’s aesthetics, particularly the character designs, with many fans wondering why the characters appear to be worse than they recall.

Fortunately, TheGamer, who spoke with Rockstar Producer Rich Rosado regarding the remasters, was able to get some answers. Rosado has a lot to say about the new appearance, emphasising the necessity to balance contemporary technology and player memory. “…you have to give meaning to these characters that people have grown to know over time and have their own mental image of,” Rosado said, adding that the development team contacted Rockstar North, the trilogy’s original creators, as well as some of the original illustrators. Working on the characters was “challenging” and “tricky,” highlighting the difficulty of changing a character’s appearance while making them identifiable. As a result, the list of improvements for the GTA trilogy is rather large, and fans are dissatisfied with the final product.

The GTA trilogy remake has had its doubters from the start. Many criticise the decision to keep the original games’ more cartoonish visual design rather than opt for a more current, realistic aesthetic. Grove Street Games is recognised for porting and reworking games for a variety of platforms, and has previously worked on GTA with San Andreas on mobile, PS3, and Xbox 360, as well as Chinatown Wars on mobile. As a result, it’s not surprise that Rockstar would turn to that studio for another remaster. This may not be Rockstar and Grove Street Games’ final cooperation with rumours of a GTA IV remake swirling.

Grand Theft Auto: The Trilogy – Definitive Edition is now available globally, allowing fans to assess the remaster based on more than just pictures. At the very least, it’ll keep them occupied until the long-awaited GTA VI arrives, provided it ever does. Those offended may be hesitant to pick up the remaster if Rosado’s explanation does not appease them. Only time will tell how well the general public appreciates the games.

The Definitive Edition of Grand Theft Auto: The Trilogy is currently available on PS5, Xbox Series X/S, PS4, Xbox One, Nintendo Switch, and PC. In early 2022, it will be available for iOS and Android.