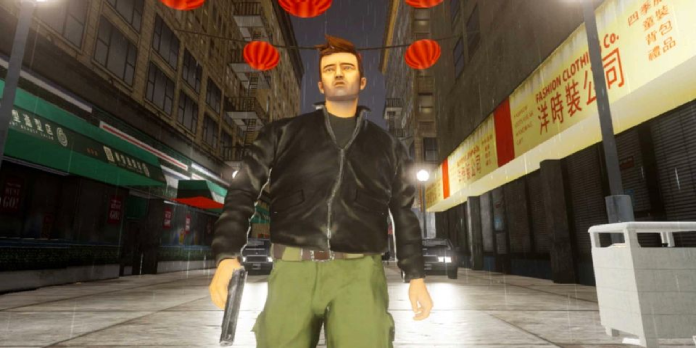 The first look at Grand Theft Auto: The Trilogy – The Definitive Edition for Nintendo Switch was released by Rockstar Games, and it features both old and new content.

New pictures have been revealed showing the Nintendo Switch version of Grand Theft Auto: The Trilogy – The Definitive Edition for the first time. The screenshots resemble previous versions of the Grand Theft Auto trilogy’s installments for the most part, although there are some notable differences upon closer investigation. With continuously released trailers and teasers exposing more and more of the soon-to-be-released final product, there is excitement about how the GTA trilogy’s graphics will compare to prior versions.

ACCORDING TO ROCKSTAR, the GTA trilogy will be released on November 11, the same day as the now-delayed Grand Theft Auto 5 remaster. The last game has been pushed back to March 2022, allowing Rockstar to release the GTA trilogy earlier than anticipated. In addition, updated versions of Grand Theft Auto 3, Vice City, and San Andreas will be included in the trilogy, letting gamers enjoy these games with all-new graphics and controls.

The first Nintendo Switch screenshots for the GTA trilogy have been released, courtesy of Rockstar Games (through the GTANet official Twitter account). The new screenshots show all three games on the Nintendo platform, and there are some minor quality variances. For example, character faces are rougher and less detailed, presumably as a tradeoff to keep the game running smoothly on the platform. However, fans have already questioned the GTA trilogy’s aesthetics with the release of a recent preview, claiming that the remaster is too cartoonish. The graphics are an updated version of the trilogy’s original look, which didn’t have the same level of realism as subsequent Rockstar games.

This will be the first time the remastered GTA trilogy appears on a Nintendo device. The series has never been accessible on Nintendo systems, except Grand Theft Auto Advance and Chinatown Wars. Although a few recent Rockstar games, such as Bully, Manhunt 2, and LA Noire, have been released for the Wii and Nintendo Switch, Rockstar is primarily known for its Xbox, PlayStation, and PC titles. It remains to be seen whether the trilogy will pave the way for additional Rockstar titles on Nintendo systems.

Also See:  Steam Next Fest happens from October 1 to October 7

The GTA trilogy is already pre-loaded on Xbox One and Nintendo Switch, allowing fans to get ready for the game’s release. However, because no raw gameplay for the trilogy has been released, it’s unknown how many changes have been made to the game’s vibe. According to Rockstar, the trilogy will include “GTA 5-inspired controls,” but it’s unclear what that means or if it will have a significant impact on the game’s gameplay. After the GTA trilogy, Rockstar is rumored to be considering a restoration of Red Dead Redemption, so it’ll be interesting to see whether the acclaimed studio makes some concessions to get it on Nintendo Switch as well.

The Definitive Edition of Grand Theft Auto: The Trilogy will be available digitally on November 11, 2021, for Xbox One, Xbox Series X/S, PS4, PS5, Nintendo Switch, and PC.

3 Keys To Getting Good Positions In Chess: How To Win...