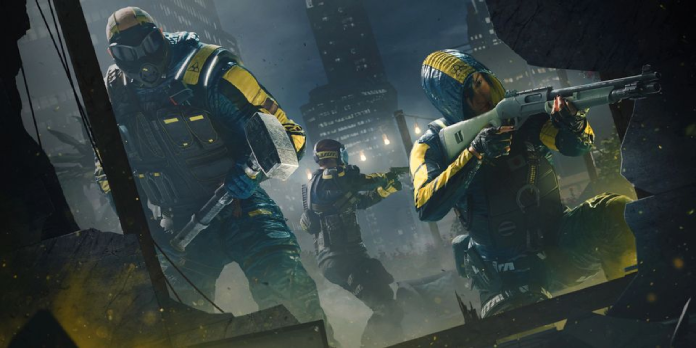 Rainbow Six Extraction’s release date appears to have been revealed by Ubisoft in an old post recently updated on the publisher’s official website.

Rainbow Six Extraction will be released on January 20, 2022, according to an updated post on the official Ubisoft website at the time of publication. The original page was created in June 2021 and has been quietly updated since then. Because Ubisoft has yet to confirm this date elsewhere officially, it’s unclear whether the change in release information was published by mistake or on purpose. However, the updated news post indicates that an official announcement is likely to come soon in either case.

The new Rainbow Six Extraction release date corresponds to Ubisoft’s previously announced January 2022 release window. Rainbow Six Extraction was originally scheduled to release in September 2021. Still, Ubisoft announced a delay in July, citing the need for more development time to “deliver a full-fledged AAA experience that changes the way you play and think about cooperative games.” This was the third time the title’s release date had been pushed back.

Because the game is only a few months away from its official release date, the lack of a specific date from Ubisoft has sparked speculation that another delay may be in the works. Given that the publisher has recently released several new trailers that give a more detailed look at Rainbow Six Extraction’s storey and features and the addition of a release date to its website, the game appears to be on track release without further delays. Hopefully, the extra time provided by the earlier delays meant that the game’s developers could polish it to the high quality expected. Players would get a Rainbow Six spinoff that is well worth the wait.

Rainbow Six Extraction will be released in January 2022 for PS4, PS5, Xbox One, Xbox Series X/S, PC, and Google Stadia.

Cs:go Packet Loss: What Is It and How to Fix It?