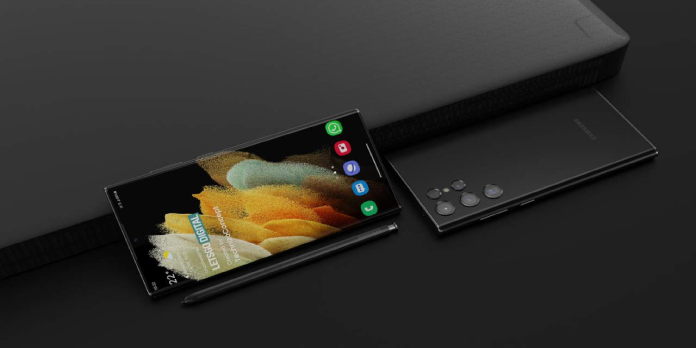 The design of the Galaxy S22 series has been one of the most hotly debated components of the leaks thus far. While the Galaxy S22 and Galaxy S22+ (or Pro) models have a similarly divisive design, there appears to be no consensus on the Galaxy S22 Ultra’s camera hump just yet. It was previously assumed to feature an odd P-shaped island, but a particular tipster is now putting that hypothesis to the test. The third version of that design is now available, and it could be just as contentious as the others.

The new source of contention appears to be the design of the camera’s back hump. Earlier speculations suggested a P-shaped cutout, but that may be just the design of the casings and dummy units. LetsGoDigital is promoting the idea that the camera bumps and islands could look drastically different from previous renders.

It recently released a render that shows two islands instead of one, both vertical and side by side. It now offers a third option in which there is no camera bump at all. Instead, the Galaxy S22 Ultra could employ the LG Velvet’s “waterdrop” camera design, originally glimpsed last year.

Also See:  Galaxy S22 with AMD-powered Exynos 2200 might be hard to find

While this form may appear cleaner to some, it may send shivers down the spines of a significant portion of the world’s population. Because of six different circles on the phone’s back, it may trigger certain people’s trypophobia or fear of holes (counting the LED flash). Even if Samsung goes back to a Contour Cutout Camera like this year’s flagships, it appears that Samsung will have a difficult time selling the Galaxy S22 Ultra’s camera design, whichever one it picks.

Galaxy Note enthusiasts may still be let down by the Galaxy...

How to Speed Up Your Old, Slow iPhone or iPad